Polish quartet Trupa Trupa recently signed to Sup Pop Records, and are kicking off their world tour with several SXSW performances. Their alt rock/post hardcore songs sound upbeat but feel philosophical (the press release says, "just beneath the surface of Trupa Trupa’s bright and indelible songs, there is a world teeming with nihilistic considerations, slyly dark humor, and survivalist self-assurances"), and come about through a dedicated strategy of running a democratic ship.

This is the band's second year at SXSW. In an interview with The Wire Magazine, vocalist and guitarist Grzegorz Kwiatkowski explained how his amp broke, and by the time they got it sorted out, their set was almost half over. They played 35 minutes worth of songs in 20 minutes. Then, the  bass player's guitar broke in the middle of the set, so he started shouting. The the audience (including the journalists present) loved it. "We are lucky to have strange accidents working on our side," he said.

Kwiatkowski answered a few questions in advance of Trupa Trupa's SXSW sets about how they do their music and how they hope there's no broken amps at this year's festival:

So, this is your second year at SXSW. What are you most excited for? What did you enjoy the most about last year?

For sure we will meet our new partners from Sub Pop and Paradigm, and it's very exciting because we like to cooperate in a friendly and family style. So we are happy to meet our new family soon. We're going present some new songs at SXSW gigs, so it's also very exciting. Last year was crazy - gigs were just unbelievable and full of chaos and madness. We were frightened, but after all very happy. It was like a blow. We also enjoyed family meetings – it was the first time we met Jim McGuinn, David Newgarden, David Fricke and many more of our great supporters and friends from the U.S.

What sparks your creativity? Is it a place? A person? A specific type of sandwich? The meaningless, inescapable routine of daily modern life? (Your answer is not limited to those options.)

Many things from non-musical stuff have a big impact on the music. We try as much as we can to have some distance from the music environment and to have our own private stuff that we later put into compositions. Definitely our city has some impact, as well as beautiful nature around us, because we live in a really great place – the city of Gdańsk in the north of Poland, surrounded by the sea, forests and lakes.

You said in your interview with The Wire that your albums are "a bit boring," because you like to be bored, and also that you don't exist for the audience - you exist for yourselves. How do you balance those desires when you're making music for a world full of people demanding to be entertained and catered to?

All the time I am changing my point of view. And of course Trupa Trupa are four individuals. I am one of them and I am not a frontman or leader. So this is only my point of view. But anyway, I am sure all of us make music for ourselves, and I don't find it controversial. It's just one of many spiritual ways of doing stuff. But we don't have anything against the artists who think differently and address their music to specific audiences. It's all good. I just think we are a band made by accident and we are all made by accident. You know what I mean. We are not uber mensch. We are weirdos and rather weak people.

I really like "To Me” from our Jolly New Songs album, because it's so easy and simple, but on the other hand or - maybe because of that - it's very powerful and straightforward. I also enjoy "Dream About,” our new single song from Sub Pop. For me it's a kind of Samuel Beckett's Lonely Hearts Club Band. A mantra and love song to nowhere. Almost dream pop stuff. I like such combinations.

Do you have a day job?  If you do, what is it and what drives you to do music as well?

I am a poet, Tomasz Pawluczuk is a graphic designer, Wojtek Juchniewicz is a painter, and Rafał Wojczal is a photographer and reporter. It's has a big impact on the music. It's great that we are different people, and we have a democratic structure in the band, and everyone of us has a different perspective on life and a different job and a different understanding of music. It's the key to our band: this polyphonic way of doing things.

XOXO: Where to Rock Thursday, March 14 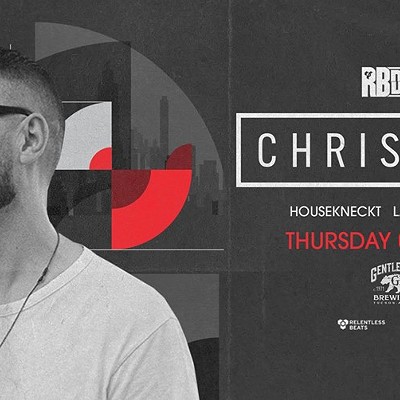