Three Great Things to Do in Tucson Today: Monday, March 11 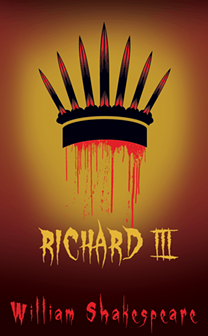 Courtesy of Arizona Repertory Theatre
Richard III. Ah, Richard III. Shakespeare’s second-longest play, after Hamlet. The one where the line “the winter of our discontent” came from. The one with Shakespeare’s most notorious villain! The Duke of York, who is just about as ugly on the inside as he is on the outside, conspires and kills his way to the throne. But will the skeletons in his closet/ghosts from his past/fallen enemies/whatever you want to call ’em let him keep the throne? There are lots of ways to find out the ending to this show, but the best way is to go see it live at the Arizona Repertory Theatre. Tuesday, March 12, through Monday, April 1, with shows at 1:30 and 7:30 p.m. Preview shows are 7:30 p.m. on Monday, March 11 and Tuesday, March 12. Marroney Theatre, 1025 N. Olive Road. $28 GA, $26 senior/military/UA employee, $15 students. Details here.

Reptaliens. They describe themselves as “low-fi chameleon dreamscapes of abstract expressionism and surrealism.” But what does that mean for the non-Martians among us? Glossy indie pop influenced by the optimism and futurism of the Space Age, synthesizers and jazzy drumming included, of course. Perfect for listening while sitting on your cyan, vinyl hassock and contemplating all the wonders this “technology” thing will bring to our modern lives. Ahead of their set at SXSW, these dreamy Portland weirdos docked in Tucson and let us know which albums send them into outer space. Catch Reptaliens at Club Congress. 7 p.m. Monday, March 11. 311 East Congress Street. $5-8. Details here.

Courtesy of Hotel Congress
Roller Boogie. The Loft Cinema is hosting Mondo Mondays and in this installment, they are playing Roller Boogie starring Linda Blair. True love is in the air under the California sun during this 70s roller-disco flick. Get ready to let the good times roll! Tickets are $4 general admission. 8 p.m. The Loft Cinema, 3233 East Speedway Boulevard.

XOXO: Where to Rock Monday, March 11

Claytoon of the Day: Who's Your Deity?