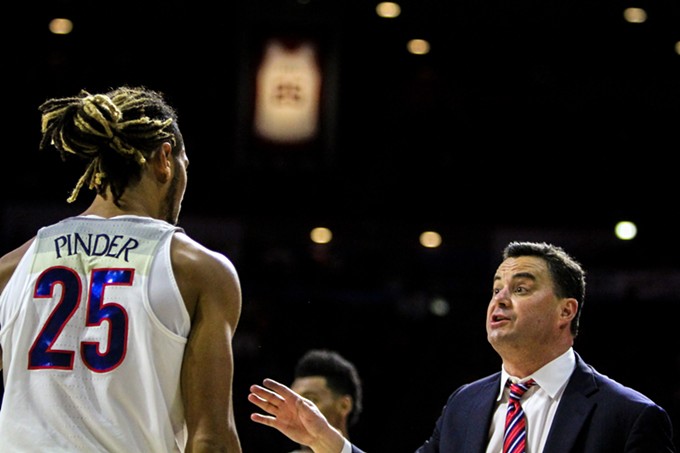 Logan Burtch-Buus
Sean Miller has been subpoenaed to testify in the FBI's college basketball trial, according to Yahoo! Sports.

The latest chapter in what's been a long and turbulent 12 months for Arizona basketball coach Sean Miller took another turn on Monday.

Miller will reportedly be subpoenaed to testify in a federal trial, according to Yahoo! Sports. Miller will be joined by current LSU coach Will Wade at the trial, which will be held on April 22.

The development comes less than a month after longtime Miller assistant coach Mark Phelps was suspended by the University because of an undisclosed academic manner. Former assistant Emanuel 'Book' Richardson has pled guilty to federal bribery charges as well.

According to Yahoo! Sports, Joe Pasternack, who served as an assistant coach under Sean Miller before taking the head coaching role at California-Santa Barbara, is also alleged to have been a middleman between former sports agent Christian Dawkins, who is facing federal charges, and Miller.

Read the full Yahoo! Sports report here, and stay tuned for future developments in the case at TucsonWeekly.com.