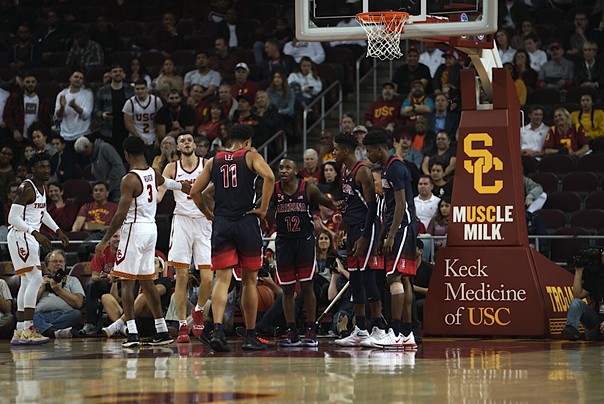 Connor Buss, Foreword Films
Members of the Arizona basketball team mill about the court at Galen Center during the team's 80-57 loss to Southern California on Thursday.
The Arizona Wildcats will look to snap their longest losing streak in three decades tonight, as the Cal Bears come to town.

The two heavyweights will tip off at McKale Center at 7 p.m. tonight, with the Wildcats entering as a 13.5-point favorite, according to Vegas.

Who to Watch: The Bears are led offensively by Justice Seung, who's averaging 15 points per game this year, while Paris Austin (11.7), Darius McNeill (11.6) and Matt Bradley (10.4) are also averaging double figures this season.

How to Watch: Tonight's game will be carried at 7 p.m. MST on Fox Sports 1

Will Bill Walton Be There? No, he doesn't work for Fox Sports 1, so he and his comically large barstool will not be in Tucson tonight.

Score Prediction: Arizona wins this one because Cal is in the midst of its worst season in years, 78-60 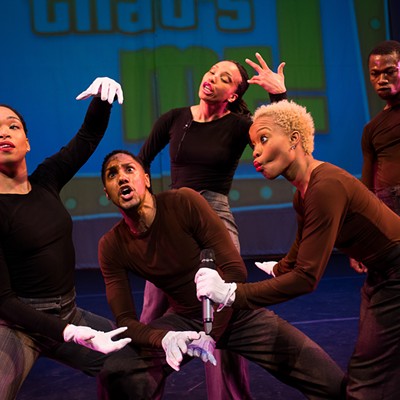 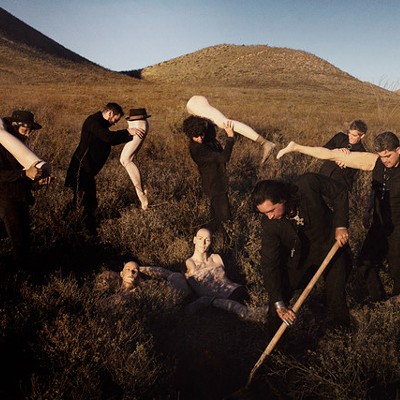