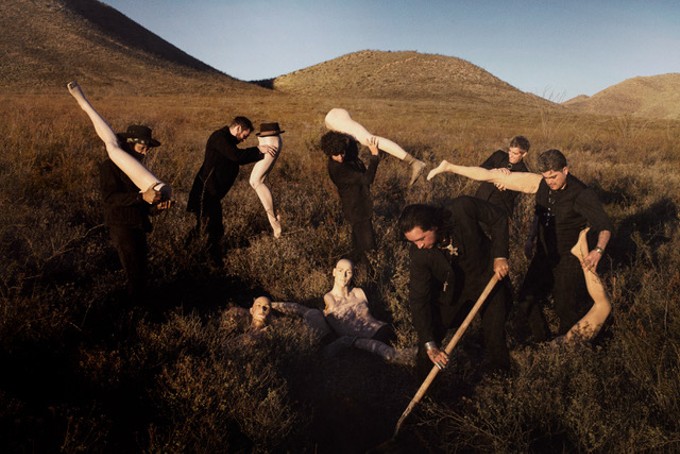 Puspa Lohmeyer
After spending the day plotting a kidnapping and burying mannequin parts in the loam; before seeking expiatory purification for their sins at Bisbee’s notorious St. Elmo Bar; even as the members of XIXA figuratively scaled the seven terraces of purgatory, photographer Puspa Lohmeyer captured the essence of a band with blood, and a few tattoos, on their hands.

Calling the artist enclave of Bisbee home—this native of Germany spent long years working in NYC—Lohmeyer now is enamored by the Southwest. “I live very far away from trend makers, rule makers, commercial interests and gatekeepers. Here anything goes. We can all be creative and not be judged or pigeon holed.” 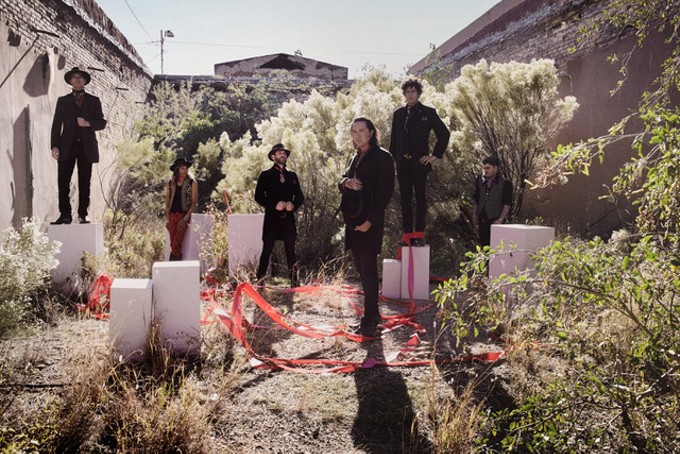 Puspa Lohmeyer
The photo shoot took place on a brisk day in December 2018, in conjunción with the anticipated release of XIXA’s new EP The Code (Dust and Stone Recordings)—the dark overlords of Gothic cumbia’s dustiest, mysterious best—to the masses.

For Lohmeyer the highlight of the day's shoot was the kidnapping scene. Styled by menswear designer Thom Oatman, was shot last, after nightfall, in an old burned up apartment.

“Everyone really got into their roll. It was like a movie set. Efren Cruz broke a bottle and made it into a weapon for his accessory.” Lohmeyer admits, “I may have enjoyed tying up Winston Watson, Jason Urman and Hikit Corbell a little too much.” Puspa Lohmeyer
On Saturday, Feb. 23, XIXA is hosting a listening party, replete with complimentary libations, for The Code—with an exhibition of photographs by Puspa Lohmeyer—at Wooden Tooth Records. 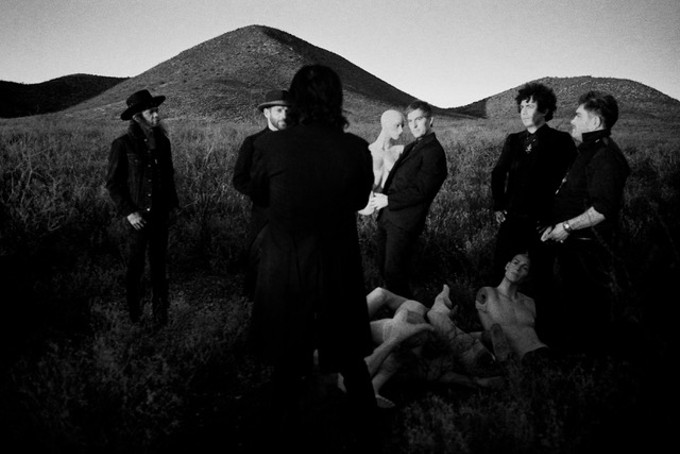 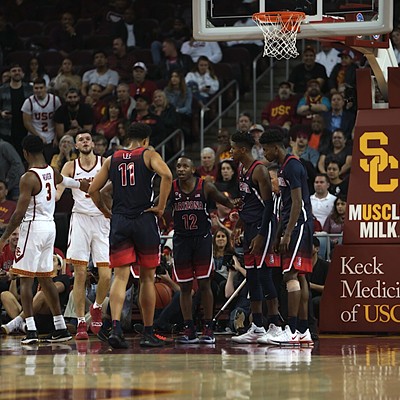 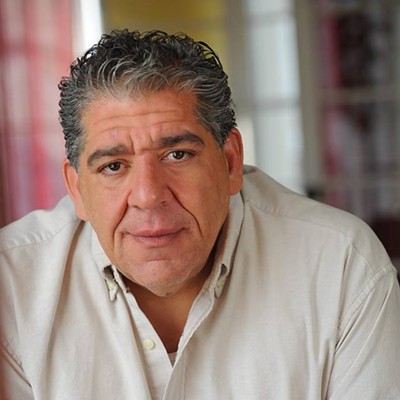