Best Films of the Year Playing at Harkins Film Fest

Courtesy Harkins Theatres
Red carpets are rolled out, designer dresses and suits are flaunted, awards season is in full swing. But when watching the awards ceremonies do you realize, oh, I haven't actually seen many of these films?

Harkins Theatres is hosting a Best Picture Film Fest so you can be in the know for the big show! The Oscars are scheduled for Feb. 24 this year, so from Feb. 15 to 24 the Tucson Spectrum theatre (on i-19 and Irvington) will be featuring five nominated films per day for each day of the festival. 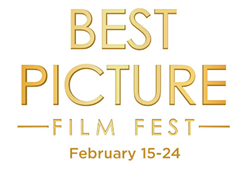 All films will be showing on a rotating schedule. The nominated films on the lineup are:
Tickets to each film can be purchased individually or you can see all the movies you want with the all-access pass to the entire festival for 35 dollars. For the full film schedule, read more here.

XOXO: Where to Rock in Tucson Thursday, Feb. 14