In The Limelight | René Kladzyk aka Ziemba

Her work has been featured in Vogue, The FADER and i-D Magazine.

Released in the summer of 2016, Ziemba’s debut full length album Hope is Never was recorded in upstate New York at Black Dirt Studios. It functions as a reliquary for the beauties of life and its inescapable perils. Sentient, introspective and forward-thinking, like the artist herself, pushing boundaries.

Utilizing the powers of technology, traversing space and time, XOXO connected with Kladzyk for a Q&A. Brace yourselves.

Your oeuvre contains soaring a cappella pieces, lushly ambient experimentalism, as well as melodic synth pop ear-candy. In the digital age, as an artist how do you incorporate artifact in with technology?

Well, working with fragrance is in some ways a rejection of the nature of music consumption in the digital age. It's spatially specific and ephemeral. It necessarily has to ground you to the right now, and encourages you to pay attention to the present moment in ways that you may not be accustomed to. So in that sense, it's an appropriate artifact to accompany my digital music releases, and hopefully pulls the listener more entirely into the sonic world. Liz Pelly wrote an interesting article about the ways that Spotify is transforming music listenership, turning everything into Muzak—a background to enhance some "vibe" or another. My aim is the opposite of that.

The narrative in the video to “El Paso” depicts the stark dichotomy that exists on the borderlands. What was life like straddling between El Paso and one of the most dangerous cities in the world, Ciudad Juárez?

The divided life of the border is very different depending on a number of axes of privilege. For me growing up in El Paso, and crossing to Juárez for family gatherings and nights out with friends, I had the privilege to not be there when the violence increased so dramatically. Whereas, for my stepmom, a Juárez native, crossed back and forth every day while the violence was at its height, to take care of her mom. And then the experience is a whole other thing entirely for people who can't leave at all, because they lack the resources, the papers or are tied there in other ways. It was an interesting dynamic around that time, because so many of the more privileged people of Juárez moved over to El Paso. Even the mayor of Juárez lived in El Paso. I don't actually know if he still does…

I did my master's research in El Paso and Juárez, during the height of the violence. I did interviews with thirty-something people living on either side of the border, and most expressed a conflicted relationship with life on the border. On the one hand, the border is a profoundly special place. I think most fronterizos are very proud. To be of two cultures and have the diversity of experience that comes with that. But, on the other hand, if you have to cross back and forth with any regularity, it's a sort of psychological journey. Your whole comportment changes when you cross between the two countries; the way you drive, your attentiveness to your surroundings, your level of trust in your neighbor. Having to do that on a daily basis takes a toll.

It's wild too, with Trump's false narrative about the border wall fixing violence in El Paso, and how this may impact people's understanding of the border. El Paso has always been the safer neighbor to Juárez's "city of sin," spectating the violence across the Rio Grande. During the Mexican Revolution, people paid admission to sit on rooftops in downtown El Paso and watch the Battle of Juárez. If you're curious you should read David Dorado Romo's book about this, its amazing. In many ways it’s emblematic of the economic imperialism that characterizes the relationship between the U.S. and Mexico, so much bloodshed to get drugs to American consumers (the world's largest drug market). I think a lot of Americans look at the bloodshed in Juárez as though they are not connected to it, and that's the problem. But it’s in the cartels' interests to keep the violence out of El Paso, and helps Americans to dissociate their recreational drugs from the blood of Mexicans. It helps people to forget that El Paso is one of the biggest ports of entry for drugs into the U.S., the fact that it’s also one of the safest cities. Trump can tout the safeness of El Paso all he wants, but the violence in Juárez is intrinsically connected to the economic vitality of the borderlands, and should not be forgotten when we talk about what a "secure border" looks like. The interesting dynamic of our southern border today is that as the borders have become more porous for money and goods through agreements like NAFTA and the growth of the drug trade, it's also become much more difficult for actual people to cross through. For someone like my stepmom, who grew up being able to cross back and forth with relative ease—it would take 5-10 minutes, while now it typically takes several hours. This has radically changed the nature of being a fronterizo.

“El Paso” casts an unblinking eye on the underground histories of the U.S./Mexico border region: The Bracero Program, maquilladoras, NAFTA, U.S. border quarantine policy, drug cartel violence, femicide. What is your hope as an artist by injecting political commentary into your art?

I believe that artists fuel cultural change, and so there is an ethics to making creative work for the public. Not everything I've made has overt political commentary in it. But, it's all political on some level. I would say the common thread of all my creative work is that its bent on combating nihilism, and encouraging hopeful future vision. Part of this is the idea that people should care about the plight of others, and understand that we are all connected. The hyper-individualism of our culture is a destructive force. I made the video about “El Paso” because its a situation that I have a unique window into, that I thought many people would benefit from seeing, and so on some level I felt a personal obligation to share it.

Tell us about the succubus that inhabits Lala’s cave?

That is a long story. I don't know if I can get into it for the scope of this article. Its actually kind of difficult to talk about. I would say though that the main points are that she's real, and that part of making that EP was trying to engage with how hard of a time Western culture has with empowered sexual women. I became extremely fascinated with the femme fatale archetype.

After releasing several EPs, singles and a full-length album, what motivates you to continue to search for “sounds in trucks and pipes, and refrigerated caves?”

There was a time when I decided that I should live my life in such a way where if I die tomorrow it's okay, because I haven't been wasting it. That's what I try to do. I continue with music because it continues to be a way to foster connection that I think is meaningful. It matters beyond me and is my unique contribution to planet Earth. Music is a fundamental part of what makes us human. It’s such a joyous thing.

"Sometimes I feel with you as if I'm lost in time, outcast, and its my favorite place." - Ziemba

“Do you remember the life before this?”

Sometimes, in dreams, I think I do. I have no recollection of writing the lyrics to that song, it's kind of a mystery to me. I just found it in a notebook of mine, in my handwriting.

In addition to being a musician, you are a perfumer. Tell me about "A Door Into Ocean," both the fragrance and the song?

At the time that I made “A Door Into Ocean,” I had already done several releases where I created a fragrance to accompany the music. “A Door Into Ocean” was the first time I wrote the music to accompany the fragrance. The idea was more to create a certain type of space or mood, really quintessential ambient music. Something uplifting, sensuous and sweet. I wanted the soundscape to be something you could play on repeat and get lost in, for it to move through space the way fragrance does.

As featured in the song, what is a LIGO chirp and why was it important to incorporate it into "A Door Into Ocean?"

The LIGO chirp is the first documented evidence of gravitational waves, ripples in space-time. It was proof of part of Einstein's theory of relativity, and showed how new exotic matter is created in the universe—new life, new worlds. Around the time that I composed “A Door Into Ocean” I was beginning to work on my new album Ardis, which is a parallel world. I site the birth of Ardis as this moment that was recorded with the LIGO chirp, the collision of two neutron stars. A Door into Ocean is the name of a feminist science fiction book by Joan Slonczewski, and was one of the books that inspired Ardis. I would say that “A Door into Ocean” was an early experiment for the compositional approach to Ardis, even though Ardis is musically quite different.

Is hope never or a fold?

Both. The idea was that hope pulls you outside of time. It’s this weird mingled combination of nostalgia and future vision. By a fold, I mean a fold in the fabric of time. Never in that its outside of time. A lot of the album Hope is Never was trying to cope with several significant losses, while attempting to hold memories in some way.

What is on the horizon for René Kladzyk?

Ardis. I'm releasing the first songs from Ardis next week. Even though it's an album, I'm releasing it in three stages throughout the spring. Each part, or territory, of Ardis has its own fragrance connected to it. This show in Tucson will actually be my first live show upon its release.

Ziemba performs as part of Ladytowne Live at Club Congress on Wednesday, Feb 13. 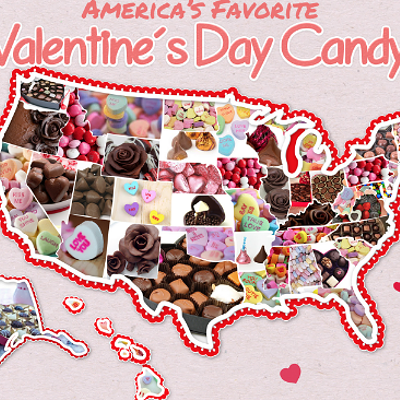