What began as a quick interview about Slug’s five favorite albums quickly descended into a discussion about Prince, sexuality, aging, tour life and more – standard affair for the rapper’s introspective and heady hip hop music.

Slug, the stage name of Sean Daley, is one half of the band Atmosphere, and co-founder of the legendary independent hip hop record label, Rhymesayers Entertainment.

“My five favorite albums, like of all-time?” Slug said. “I don’t even know what the fuck that means… But I’ll say this, in no particular order: Sign of the Times, by Prince. Controversy, by Prince. Purple Rain, by Prince – You see where this is going – Dirty Mind, by Prince. Around the World in a Day, by Prince.”

Part of Minneapolis’s microcosm of conscious hip hop, it’s not too surprising Slug was greatly influenced by Prince, who created the “Minnesota Sound” of music. 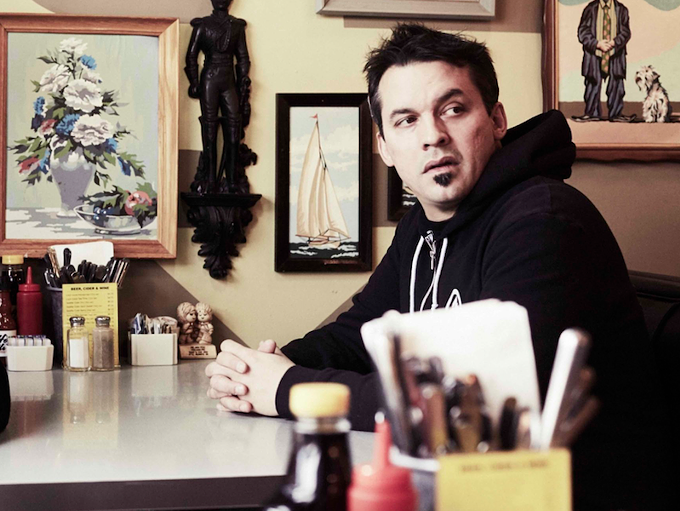 Courtesy photo
“When I want to just hang out and play some shit, I play Prince.” Slug said. “And I always will.”

Slug says Prince’s influence started when he was very young, and continues to this day, though other influences come from De La Soul, N.W.A., Ice Cube, and Public Enemy.

“I feel like the reason Prince became an icon for me was because of my family,” Slug said. “To be honest, I’d probably still be a Prince fan if I wasn’t from Minnesota, but I might not have modeled myself after him… Prince was a huge part of my transition from being a boy to being an older boy. I’ve always put some weird awkward sexuality in my albums, and I feel like I got that from him.”

In particular, Slug says a line about his wife from his recent album, Mi Vida Local, sounds like it could possibly be a Prince line: “I'mma need you to peel off those mommy jeans.”

“He had this line, ‘If I was your girlfriend’. He said it and made the rest of us say, ‘holy shit,’ you can say that?” Slug said.

Even as he grows older, now 46, Slug doesn’t see his love for Prince ever diminishing, saying the albums that change your life at 17 stay with you forever. Some things do change for him, though.
Slug started making music in 1989, and is now married and a father. Atmosphere’s live shows have transitioned with him.

“I believe we evolve and transition every few years,” Slug said. “We started working with a live band in ‘05, and it’s still a work in progress. I feel like we’re still not done. I’d almost suggest the live show kinda drives the music now... So many people are putting out music, it’s like why would the audience want to fuck with us?”

Slug says this new focus on live performances, as opposed to recorded music, allows for more artistic freedom, which he certainly appreciates. Before performing at the Rialto Theatre in Tucson on Feb. 5, Atmosphere has a few days of break in their tour schedule, allowing Slug to go home to Minnesota just in time for a massive cold front to bring sub-zero temperatures to much of the northern U.S. Slug actually looks forward to this, however, as his kid’s school is closed, allowing for some quality board game time. 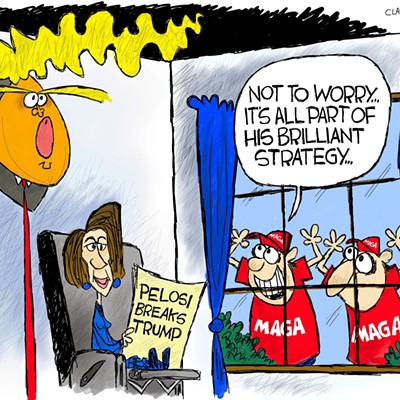 Claytoon of the Day: Nancy Boy