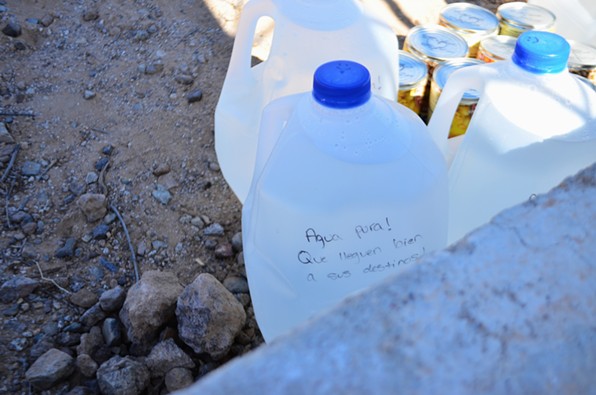 As the defendants await sentencing, they face a maximum penalty of six months in prison and a $250 fine each.

The legal battle the four volunteers fought this week surrounds an incident on Aug. 13, 2017 when they entered Cabeza Prieta without permits.

Hoffman, who drove the vehicle into the wildlife refuge, is charged with operating a vehicle in a wilderness area. All four of the volunteers are charged with entering the refuge without a permit and abandonment of property for the gallons of water and pallets of beans they left in the refuge.

No More Deaths has been leaving aid for crossing migrants along the U.S.-Mexico border for more than a decade. The group specifically leaves the supplies in Cabeza Prieta, which shares 56 miles of the border with Mexico.

In his verdict, Judge Velasco chastised No More Deaths for not properly warning the defendants of the legal repercussions they could face upon entering the refuge.

“No one in charge of No More Deaths ever informed them that their conduct could be prosecuted as a criminal offense nor did any of the Defendants make any independent inquiry into the legality or consequences of their activities,” Velasco wrote in his ruling.

In a press release Friday, No More Deaths stressed the significance of the verdict.

Tensions with legal authorities are nothing new for the group, but the last time a humanitarian aid volunteer along the border was found guilty was a decade ago. 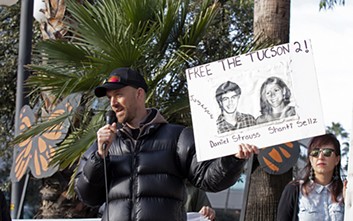 Photo by Meg Potter/Cronkite News
Dan Millis, a No More Deaths volunteer who was convicted of littering in 2008, shares his experiences with protesters outside the Deconcini Federal Courthouse on Tuesday.
Dan Millis was charged with littering for leaving gallons of water at the Buenos Aires National Wildlife refuge in 2008, which was overturned by the 9th Circuit Court of Appeals in 2010.

Four more No More Deaths volunteers are scheduled to begin their trials on February 26.

Caitlin Deighan is charged with driving in a wilderness area. Deighan, Zoe Anderson, Logan Hollarsmith and Rebecca Grossman-Richeimer face charges of entering a national wildlife refuge without a permit.

Scott Warren, another volunteer with No More Deaths, is awaiting trial for charges involving harboring undocumented immigrants, which is considered a felony.

During events held in support of the four volunteers’ legal defense last week, No More Deaths volunteer Justine Orlovsky-Schnitzler spoke to the possibility that they are found guilty.

“It’s not over until it’s gone all the way up, you can continue to appeal, and people are certainly prepared for that,” Orlovsky-Schnitzler said.