Yeah, it was Ducey's State of the State address, I know that. But I'm calling it the State of the Schools address because I'll be looking exclusively at the portion where the governor deals with education, with one quick exception in the next paragraph.

Ducey said Arizona needs to deal with our current and future water shortage problems, but he didn't mention climate change. Because if you're a Republican, you dassn't say "climate change."

Ducey said our public schools need more transparency, accountability and oversight, but he didn't mention charter schools. Because if you're a Republican, you speak no ill of charter schools.

Those moments of cowardice and deflection aside, let's look at what Ducey's education proposals bode for the state.

The two biggest educational issues the legislature should be dealing with are increasing public school funding and adding charter school accountability and oversight. Let's see how Ducey did on those issues.

I hope Ducey has his chiropractor on retainer. His habit of patting himself on the back whenever he talks must wreak havoc with his body alignment. The education portion of Monday's speech was no exception. He claimed to have solved the school funding problem by pushing for the passage of Prop 123, which brings in $300 million-plus a year, and endorsing a bill extending the life of Prop 301, which brings in about $670 million a year. OK, but . . .

Prop 123 filled in a bit of the decrease in education funding over the past few years, but only a bit, and most of the money is being stolen from our children's trust account — the state land trust fund. Boosting the amount of the students' inheritance spent today at the expense of what they'll get tomorrow isn't exactly an act of generosity. (Yeah, it's true, I held my nose and voted for the damn thing, and I'd do it again, but that doesn't mean I like it.)

Extending Prop 301 was necessary, but all it did was keep a six-tenths of a cent sales tax in place which was about to expire. It didn't generate any new revenue for schools.

In the speech Ducey vowed to complete his promised 20 percent pay hike for teachers by adding another 10 percent this session. That's definitely a good thing, and our current budget surplus makes it an easy promise to keep. But I don't see it satisfying the education community or its supporters, nor should it. RedforEd wanted the pay raises to be across the board, but Ducey's promise ignores the non-teaching staff, as well as the decades-long lack of funding which put Arizona in the funding-per-student cellar. I don't know how teachers will respond to Ducey's underwhelming funding proposal, but I don't imagine they'll take it sitting quietly behind their desks.

The other big issue, charter school accountability, got a nod in Ducey's speech, though the words "charter schools" didn't make it into the text. Here's the passage.


Healthy choice and competition brings about innovation, and that’s been the case in Arizona public education. But we also know improvements can be made. More transparency, more accountability, and granting more financial review and oversight over taxpayer dollars — all with the purpose of making sure every public school is improving and providing Arizona kids with the best-possible education.

Ducey is tiptoeing over the charter school accountability issue. I won't be surprised to see Republican legislators dance around it entirely.

Ducey advocated for his Safe Arizona Schools Plan, with watered-down language about "improved background checks" and "keeping guns out of the hands of individuals who are a lethal threat." But even those weak yet sensible proposals are unlikely to find favor with Republicans.

He wants to continue the Arizona Teachers Academy which provides encouragement and financial incentives for college students to become Arizona teachers. It's a good idea. Not as good as supporting schools and teachers with better funding, which will help draw new teachers into the system and stop current teachers from leaving. But a good idea nonetheless.

He made a vague promise about a 21st century version of shop classes called Career and Technical Education, but he didn't mention any new dollars for his CTE program. Remember, Ducey is the guy who cut $30 million from Joint Technical Education District (JTED) funding, then took credit for restoring most of the funding the following year. Time will tell how committed he is to the project.

That's pretty much it. We'll learn more when Ducey releases his proposed budget.

Claytoon of the Day: Stressing RBG 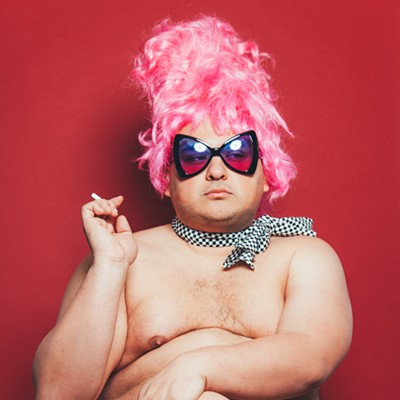