Here's what happened at the TUSD board meeting Tuesday. Mark Stegeman was voted board president. Here's how the vote went: Leila Counts voted yes along with Stegeman and Rachel Sedgwick. Kristel Foster and Adelita Grijalva voted no.

It was a complex discussion coupled with a series of complicated votes, but never mind. When the smoke and dust cleared, Stegeman was board president, and Counts' vote was an essential part of that decision.

Do I think Stegeman should be board president? Was Counts wrong to vote for him? I'm going to table that discussion until the end of the post. That's not why I'm writing this.

Those people drive me nuts. Not because they disagree with Counts' vote. That's fine. They drive me nuts because, for them, Counts failed the "One strike and you're out" purity test, and that's the end of that. "You voted for Stegeman? You voted with Stegeman? You're dead to me."

I'm about to go off on a rant about political purity tests and demonization here, so if you're only interested in my opinion on the board vote, skip down to the heading "TUSD Board Vote." This is going to take a while.

The 2020 presidential campaign season is in its infancy, but the Democratic purity tests have already begun. The strongest attacks so far have been leveled against Beto O'Rourke. They don't simply talk about some of his votes or his stands on issues the writers disagree with. They attack him as someone so vile, no one should consider voting for him, ever.

The attacks on O'Rourke aren't from right wingers. They're from people a few steps to his left who refuse to consider a candidate who doesn't meet their lofty standards.

I expect similar purity tests and demonization directed at other Democratic candidates as they move up in the polls. The result will be, when the Democratic nominee is chosen, a significant number of voters will declare, "I can't vote for that sorry excuse for a presidential candidate. I'd rather vote for a third party candidate, or stay home."

Sound familiar? It happened to Hillary Clinton in 2016. She and the DNC were trashed by the leftier-than-thou crowd riding on the "Bernie or Bust" bandwagon, and they got a strong assist from Russian trolls and Republican operatives.The result was, enough people voted for Jill Stein or stayed home to give Trump a narrow win in the all-important swing states. The "Never Hillary" crowd wasn't the only factor in the Trump win, but if a substantial number of them voted for her, she would be president.

Then there was the Bush/Gore 2000 race where it all came down to Florida on election night. The vote was so close, it took a month to decide George Bush won the state. Sure, we can complain endlessly about the Supreme Court handing the presidency to Bush. But the only reason it was close enough to go to the courts was because the Naderites convinced themselves that there is no difference between the two parties or their candidates, so they voted for Ralph or stayed home. If some of them had voted for Gore, the election would have been decided that night.

Remember the Bundy family, Cliven, Ryan and Ammon? They were the far right, anti-government militia's dream family, like they came straight out of central casting. They're rough-and-rugged ranchers who do constant battle with the federal government over grazing rights. They led a standoff against the feds by occupying the Malheur National Wildlife Refuge in Oregon. What's not to love?

Then a few months ago Ammon Bundy said he disagreed with Trump's portrayal of immigrants at the southern border as criminals and gang members. He asked,


"What about the fathers, the mothers, the children, who have come here and are willing to go through the process to apply for asylum so they can come into this country and benefit from not having to be oppressed continually by criminals?"

That was all it took. The same people who placed the family on a pedestal trashed them mercilessly. One deviation from the right wing gospel, and they were drummed out of the club.

I snorted derisively when I read about the militia excommunicating the Bundy's. What a bunch of narrow-minded fools! But it's not a stretch — it's not a false equivalency — to say the purists on the left can be as pig-headedly foolish as their intolerant counterparts on the right.

Back to Leila Counts' vote for Mark Stegeman as president of the TUSD board. I distrust Stegeman and disagree with most of his priorities for the district, so it troubles me that he'll head the board. I wish Counts had voted for Foster or Grijalva for the position. As I mentioned at the beginning of the post, the back-and-forth over the presidency was complicated, and her vote isn't a clear indication of her leanings on the board. (The Star's Brenna Bailey does a good job of explaining the intricacies of the voting, if you're interested in knowing more.) But even if Counts genuinely thought Stegeman should be president, I'd have to wait awhile before I decide whether I think she will be an asset or a liability to the district. This was a procedural vote. It gave Stegeman more authority on the board, but he's basically the greater among equals for his presidential term, which could be as short as six months.

From everything I know about Counts from the campaign and from talking with her one on one, she leans progressive on educational issues and is more of a natural ally with Grijalva and Foster than with Stegeman and Sedgwick.

So why did Counts vote for Stegeman? Beyond the strange procedural situation, I got the sense she hopes she can lower the level of rancor on the board — moderate the animosity that does so much harm to the district. I may be over-reading here, but it looked to me like Counts was sending a message to people on both sides of the divide. She wanted Stegeman and Sedgwick to know she isn't an enemy, and she wanted Grijalva and Foster to know she won't be a knee-jerk ally.

It would be a bitter irony if the extreme negative reaction to Counts' vote drove her into greater alliance with Stegeman and Sedgwick. I'm hoping she takes a deep breath (and Grijalva and Foster do the same), and they start over again, thinking less about allies and enemies and more about the best interests of TUSD. 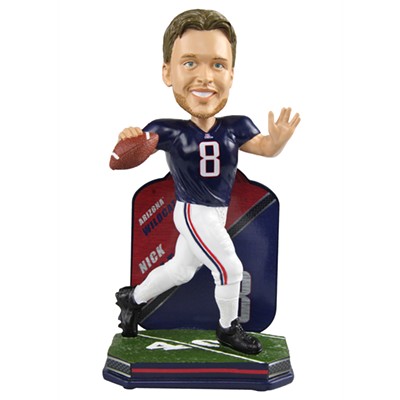 All Bets Are On: The Tucson Weekly Has a Sports Podcast Now!