Stan Liu | Arizona Athletics
Sophomore forward Brandon Randolph throws down a dunk against the University of Oregon during his freshman season on Jan. 13, 2018.
The Arizona Wildcats and Utah Utes engaged in an instant classic at McKale Center on Saturday afternoon.

The Wildcats (11-4, 2-0), traded blows with the visiting Utes for much of the day, with the two sides all squared at 72 after 40 minutes of regulation.

The Utes (7-7, 1-1), matched Arizona shot-for-shot for most of the day, thanks to a strong showing by senior guard Sedrick Barefield, who scored a game-high 26 points.

The visiting side's luck faded once Barefield fouled out late in the game's second half, allowing the Wildcats to escape with a sweep of the Rocky Mountain schools (Colorado and Utah) during the first week of conference play.

Coach Sean Miller praised his player's effort in a back-and-forth affair, calling the contest one of the most riveting spectacles he's seen in his decade in Tucson.

"I really think from the opening tip throughout the game, it was certainly a great college basketball game," Miller said.

Miller attributed much of his side's success down the stretch to Barefield's early departure, saying the tide of the day swung when he left the court for the final time.

"Fouling him out really changed the game down the stretch," Miller said. "And then in overtime playing without him is a different task versus playing with him."

The Wildcats' offense was sparked by junior forward Chase Jeter, who scored 21 points and pulled own a game-high 13 rebounds, wracking up his fourth double-double of the year.

Jeter, who transferred to Arizona from Duke University in 2017, gushed about the packed house inside McKale Center on Saturday, calling it a one-of-a-kind gameday atmosphere.

"Those are the type of games that we all sign up for when we come to Arizona, so to be able to have that toughness and the will and fight from everybody," Jeter said. "To close that game out in overtime was big for us, so I think that's the best thing that any player could ask for, on this squad especially."

The Wildcats head to the Bay Area this week, with road games against Stanford and California on Wednesday and Saturday.

Miller acknowledged the challenges that are sure to await his team in the weeks to come as conference play continues.

He also made sure to savor the heroics his team showed, in holding off a hard-charging Utes squad on Saturday afternoon, giving a glimpse of what his squad is capable of.

"Different players really stepped up and its certainly one of the best victories we've had here in McKale during my time just because of how hard the game is and how easily it could have gone towards Utah," Miller said. "I think Utah will be a load in the month of January and February."

Shot in the Dark: An Always-Open Cafe Closes its Doors 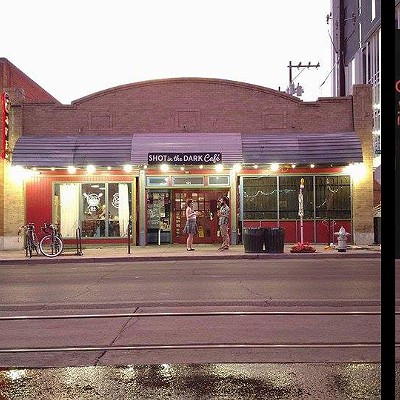