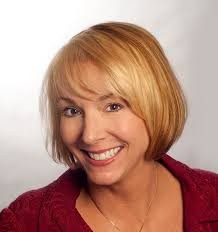 Yvonne Ervin
Yvonne Ervin was born and raised in Springfield, Illinois. Her love for music blossomed early. As a child she played clarinet, eventually transitioning to alto and tenor saxophone. Later, at Springfield High School she “booked a band for the first time” for her freshman class dance, testing the waters as impresario.

In 1979, Ervin attended Illinois State University. Then, in 1981, the University of Arizona where she completed a double major in journalism and music performance. After graduation, she made Tucson her home.

In a touching homage to Ervin, filmmaker Bret Primack said, “She was a doer not a talker.” And achieve, she did.

For the past 30 years, Ervin worked as a journalist/editor/producer for radio and print media publishing articles, writing columns and liner notes, producing programming and interviewing jazz legends for KUAZ-FM, Tucson Weekly, Arizona Daily Star, Tucson Citizen, Hot House Jazz, Down Beat and Music Hound’s Guide to Jazz, as well as RCA, Capri and Doubletime records. Thirty of Ervin’s interviews are archived at the Library of Congress.

In 1989, Ervin became the founding executive director of the Tucson Jazz Society—working as a volunteer for eight years before becoming the organization’s first paid employee—erecting the structure from the ground up, brick by painstaking brick, into the largest jazz society in the country. Beginning her reign as “The Queen of Jazz in Tucson.”

She produced Jazz on the Border: The Charles Mingus Project and organized Primavera, the world's longest-running women’s jazz festival. Bitches Brew, her all-female ensemble in which she played saxophone, often performed. She served as the executive director of the Western Jazz Presenters Network—a coalition of 45 jazz festivals and venues in the West—and The Mid-Atlantic Arts Alliance. Ervin served as vice president of the Jazz Journalists Association and the American Federation of Jazz Societies—representing the jazz industry on the International Association of Jazz Educators Board. The John F. Kennedy Center for the Performing Arts hired her to write the curriculum to train new jazz presenters for a National Endowment for the Arts funded program. 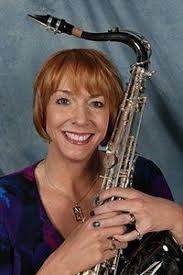 As a certified fundraising executive, Ervin, worked in New York City for a dozen years as executive director of the Candie's Foundation. After returning to Tucson in 2011, she was director of development for the University of Arizona’s Confluencenter for Creative Inquiry and marketing director for the Tucson Symphony Orchestra and Arizona Dance Theatre.

Impressive as such, this is in no way a comprehensive list of Yvonne Ervin’s accomplishments.

After being approached by Mayor Jonathan Rothschild and Elliot Glicksman, Esq., in 2015, she launched the Tucson Jazz Festival. A labor of love.

Primack expands, “She loved the music and the people who played it. She cared and helped people. She was a hero.” From the festival’s inaugural concert—which saw such diverse artists as Burt Bacharach and the Robert Glasper Experiment to this year’s lineup which includes Bobby McFerrin, Pink Martini and Trombone Shorty—Ervin led a one-woman crusade to bring world-class jazz to Tucson.

Yvonne Cerise Ervin left this world on Wednesday, Dec 26, 2018. She had been hospitalized since October with hepatitis A. Following liver transplant surgery she succumbed to a heart attack. She was 59 years old.

Claytoon of the Day: Rush To A Dumpster Fire