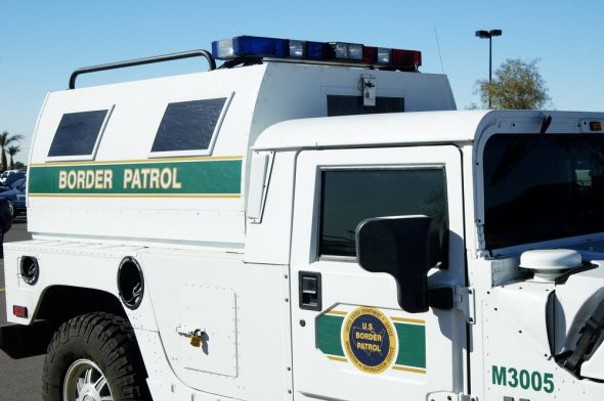 In the past, migrants have been dropped off curbside at bus stops with no information for how to find shelter or food while they wait for their asylum cases to be processed. This time, local faith communities mobilized within hours to coordinate with ICE for the migrants to be dropped off at their shelters instead of being left out in the elements.

“No one with a child who speaks a different language and has not a dime to their name should ever be dropped at a bus station to try to figure out how to get to Atlanta or wherever they’re going for their sponsors,” Rev. Delle McCormick said this morning.

McCormick is a pastor at a midtown church who works with a network of faith communities that have both permanent and temporary resources to shelter migrants released from ICE custody. These migrants already have sponsors (either relatives or friends) located throughout the country who have agreed to provide residence for them. The church staff and volunteers help them contact their sponsors, arrange for transportation to their sponsor’s home, and make sure they are clothed, fed and sheltered during the transition.

In the church’s multi-use room, a dozen or so migrants sat in foldable chairs and talked quietly amongst themselves in Spanish. About five or six in the group were children, they seemed happy as they played with a couple of toy trucks that were available. The right side of the room was lined with tables where orange juice, milk and cereal were left over from breakfast. A church staffer sat at an adjacent table and made phone calls to ensure the church has enough supplies and beds for their guests to be comfortable tonight.

While there are two churches that have a permanent shelter system set up, McCormick’s church and several others do this on a temporary per-need basis. She said this began in mid-October and went on until the end of November. During that six week period her church saw 514 migrants come in and out; half of those were children.

“ICE would send me an email saying who was coming and what time they were coming in,” McCormick said. “The people that deliver our guests to us are not your stereotypical non-caring person. They’re real people and they love to bring people to the church because they know that they’re going to get extra special care.”


She explained that when the migrants are dropped off at their door, the church staff and volunteers feed them first because they usually come in very hungry. The group that was currently there had been in detention for eight or nine days, but the legal limit for children is only three. Most of them were not allowed to take a shower during that time, so the staff saw them come in with skin conditions from not having bathed, sore throats and other kinds of ailments.

After they are fed and treated, McCormick and her team are required by ICE to do an intake report and keep records of how many migrants they are sheltering, where they’re from, where they’re going and other details. Then the migrants are taken to a local warehouse where they can pick out two or three outfits to take with them. Some migrants have sponsors in the midwest or on the east coast so they take jackets, hats and boots with them. They are also allowed to take diapers and feminine hygiene products that have been donated to the church.

Then the staff and volunteers start making phone calls with the migrants to their sponsors. McCormick said their sponsors pay for their transportation either by bus or plane. Once their sponsor has bought their ticket, the church then gets the confirmation number and arrange transportation to the airport or bus station. Getting the migrants on their buses and planes takes a lot more manpower than you might think. McCormick said they have to accompany them through the bus station or airport to make sure they get to their correct destination. This is where volunteers can really come in handy.

“We just have this incredible group of volunteers,” she said. “[There are] well over 200 volunteers, and yesterday when we decided to open with about 30 minutes notice, within 30 minutes we had a bunch of volunteers here ready to set up, go to our storage unit … we have so much food in [the kitchen], we’ll never be able to use it all. It’s like people are so desperate to do something good, to have some agency these days.”

The two church shelters that operate full-time have over 40 beds, but as in this instance, sometimes ICE releases more than 40 people at a time. In order to supplement the other shelters, McCormick said different churches in town are taking in as many people as they can on a rotating basis.

“Our church has a guideline that says that we will offer emergency hospitality to vulnerable and at-risk people in our community,” she said. “That could be homeless people, it could be Muslims, it could be migrants and it just happens to be migrants in this iteration.”

When asked why ICE doesn’t take it upon themselves to help the migrants travel safely to their sponsors, McCormick said she thinks it’s because they’re very overwhelmed right now.

“I think that to do that, to make all those phone calls, it would take more personnel than they have right now,” she said. “Why don’t they have more personnel? I don’t know but rather than dump them off on the street and have them fend for themselves and probably be prey to all kinds of people who take advantage of them, ICE works with these faith communities … And we like it because people really get cared for here. It’s a big difference [between] sleeping in a cage on the floor with a little aluminum blanket and not getting much food or liquids to being here.”

An important distinction is that these migrants are families who are seeking asylum and know people in the U.S. who have agreed to take them in. McCormick said many migrants come to the border, seek asylum and are not let into the U.S., so they go to a shelter in Mexico where they wait until they can cross the border.

“[These migrants] have someone in the U.S. who said that they’ll vouch for them, I mean it’s very expensive, you can imagine airplane tickets with two days notice for three people over Christmas,” she said. “Folks that don’t come through with children, adult migrants that come are deported. They’re either deported or they’re detained.”

Migrants who come to the U.S.-Mexico border for asylum are often fleeing from disastrous conditions. They are exposed to violence by gangs, cartels and their own government, extreme poverty, natural disasters and many other reasons. The trip through Mexico up to the border is grueling, McCormick said, and they often travel without having anywhere near the proper sustenance.

A few migrant women in the church who came from Guatemala and Honduras said they came here to have a better life because their countries are experiencing extreme poverty and institutional violence. They want their children to be safe and to be able to study in the United States.

One of the women from Guatemala has a college degree and is certified to work as an accountant, but there was no work available for her back home. Every time she would go to apply for a job there would be a line of people there applying for the same job.

She said there is lots of crime in Guatemala and the gangs want to expand their territory. She brought her 68-year-old mother with her but they were separated while coming across the border. Now she doesn’t know anything about her or where she is.

“What I want to say is this is the only way out for these people. It’s the only way out,” McCormick said. “These aren’t criminals, I mean we’ve had over 500 people come through here and this is a church, there’s things that could be taken, we’ve never had a problem, ever. These are incredibly wonderful, kind people who want to work and they want to have their kids, have a life.”

Another woman from Honduras said she came across the border because nine years ago her father and son were killed. She is the only working person left in the family and she also supports her mother who is diabetic. She said the reason they flee is for their children, because if they don’t take them out of the country they will be killed.

These women want to work, they want to help their family members back home and give them money to eat. Crossing the border is not just for them, it’s also for the people they left behind.

“They’re extremely positive, it’s incredible,” McCormick said. “And they have layers and layers of trauma under all of that so if a kind word or a dignified touch or anything they’ll start telling more of their story. But it’s too much to unpack and they’re only here for a couple of days, so we respect that."

As far as Border Patrol and ICE, McCormick said she’s learned they are working under orders, and most of them worked under the Obama administration too. She said it’s a job to them, and some of them hate what they do.

McCormick’s church used to have capacity for 34 guests, but now they only have room for 20. In the next week, they could see as many as 75 migrants come through their doors.

“I don’t know how much longer it will go on, what I know is that this has been the most incredible experience I’ve had in my 20 years of ministry,” she said. “People from all over Tucson coming together like that … building the network within the community I think is as important as what we are doing for our migrant guests. People getting to know each other, people getting to feel like they have some agency in a time where we feel like we don’t have any agency. I think it’s a remarkable thing.”

Note: The names of migrants and the location of churches were intentionally omitted from this article to protect the migrants during this sensitive time of transition. 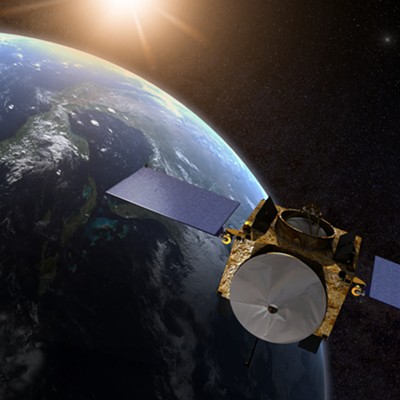 Three Great Things to Do in Tucson Today: Monday, Dec. 31