Welcome to the most wonderful part of the college football season, by which I mean the half-hearted consortium of exhibition games known as bowls.

This year's selection of exhibitions for the so-called 'Conference of Champions,' better known as the Pac-12 leaves much to the imagination, with no teams qualifying for the College Football Playoff.

What the conference's bowl games lack in name-brand recognition, they more than make up for in batshit crazy sponsors. Take, for instance, the 'Cheez-It Bowl,' held inside Phoenix's Chase Field; or the 'Mitsubishi Motors Las Vegas Bowl,' which pits ASU and Fresno State against each other in the Sin City.

The cynics among us might ooh-pooh such a wholesome bounty of capitalism. I, on the other hand, welcome your generic brands to sponsor these wholesome exhibition games.

Before I chase too far down that rabbit hole, let me dispense my take on how each of the conference's seven bowl-eligible teams will fare in their contests.

Without further ado, here's who I expect to win the battle royale(s) that dot the college football bowl industrial complex over the next month:

Tomorrow is the official start of the bowl season, with uncle Herm and the Sun Devils taking to the cement-enclosed confines of Sam Boyd Stadium in the annual debaucherous bowl game known as the Las Vegas Bowl. Fresno State is a helluva team, with former Cal coach Jeff Tedford turning a Mountain West also-ran into a bona fide contender in two years' time. I expect the Devils to do juuust enough to eek out a victory in the Sin City, giving the Pac-12 the same number of bowl wins (1) as they achieved in nine tries last year.

Hot damn, am I tempted to take Justin Wilcox and the Bears, who are in their first bowl game since a quarterback named Jared Goff singlehandedly dragged a rotting carcass of a Cal team into the 2015 Armed Forces Bowl (which they won, 55-36, over Air Force). This year's team has the offensive firepower of a cold bowl of oatmeal, but features one of the best pass defenses in the nation. I wonder whether their milquetoast offense can score enough to knock off Gary Peterson's Horned Frogs squad, so I'll give TCU the slight edge here.

I'm not one to second-guess Mike Leach and his fifth-year quarterback (and mustache aficionado) Gardner Minshew, especially considering the fact that both have had more than a month to prepare for their bowl matchup with the Cyclones. Also, while I agree that ISU coach Matt Campbell is one of the sport's brightest minds, I don't believe that his squad has the talent on both sides of the ball to contend with the well-oiled machine that is Leach's air raid offense. I expect Iowa State to hang with the Cougs' for a half, before Minshew and his host of merry receivers torch the Cyclones to pieces in the game's latter half.

I know I'm starting to sound like a Pac-12 homer with these picks, but I'm of the opinion that Pat Narduzzi's offense has the consistency and firepower of a bowl of cottage cheese, so I'll stick with Bryce Love and the Cardinal. This take assumes, of course, that Love can actually take the field, which isn't a guarantee, given his frequent ankle injury issues during the past two seasons. If Love is healthy, and QB K.J. Costello can avoid making brain-dead passes, then the Cardinal will roll past the Panthers. If not, then look out Betty, as it might be another bowl season to forget in Palo Alto.

I'm not going to sit here and tell you that Mario Cristobal's Ducks squad has lived up to expectations, because they clearly haven't. That said, they do have the best quarterback west of the Mississippi, in Justin Herbert, and I'm not convinced that the Spartans can beat a pack of disease-ridden squirrels with the way their offense is faring at the moment. I expect Herbert to ride off into the (relative) sunset against MSU, feasting on the Spartans' overmatched secondary in what should be his final collegiate start for the Ducks.

Kyle Whittingham somehow always seems to get the best out of his Utah teams in the bowl season, going 10-1 in these glorified exhibition matchups in his coaching career. I believe that the Utes, who surged into the Pac-12 Championship Game for the first time this year, will roll past a Northwestern squad that's done exceptionally well under Pat Fitzgerald. The X-factor for the Utes is their exceptional defense, which was led by Gary Andersen all year. It'll be interesting to see how that unit fares, with Andersen returning to his previous post in Logan to coach Utah State University. Expect the Utes to stifle the Wildcats in San Diego, getting Utah back to the 10-win plateau once again.

The expert's pick here is for the Buckeyes, who will be coached for one final time by Urban Meyer, to romp the Huskies. I, on the other hand, wonder whether the Buckeyes will be all that fired up to play in the Rose Bowl, after missing out on the CFP for the second-straight season. I believe OSU will win, but by less than Vegas expects, with Chris Petersen's squad rising up to give Meyer and company all they can handle in Pasadena. I believe this one will be the game of the bowl season in the Pac-12, with both squads playing their best ball of the year in what used to be the marquis matchup of the bowl calendar.

Win-Loss Expectation: I expect the Pac-12's teams to go 5-2 in the bowl season. 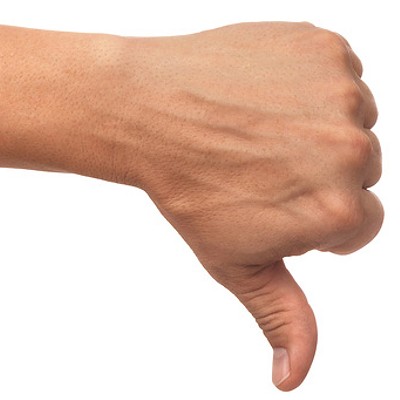 Three Great Things to Do in Tucson Today: Monday, Dec. 17