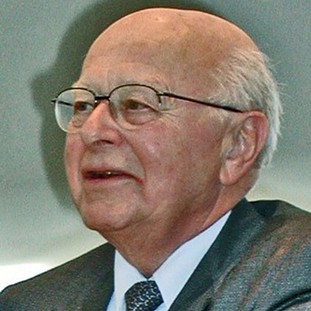 Arizona Senior Academy
UA will honor Henry Koffler on Monday, Nov. 19 at 3 p.m. to 5 p.m. at Crowder Hall. He was the first alumnus president, who graduated with a bachelor's degree from UA in 1943.
Henry Koffler was the first alumnus president of the University of Arizona and died in March at 95-years-old. On Monday, Nov. 19, UA will be honoring Koffler with a tribute to his life.

Koffler was president for nine years in which UA saw increases in enrollment by 30 percent. Koffler led the Century II Capital Campaign, the UA’s first major fundraising activity with a goal of $100 million and he raised $198 million. He also led UA as it was elected to membership in the Association of American Universities which is the top 62 research universities in the U.S. and Canada. Koffler allowed the UA community to reach international commerce with ties to Mexico, Canada and the United Kingdom among others.

Also, several new teaching and research buildings were constructed during his tenure that are still here today including the Chemistry and Biological Sciences Building, renamed the Henry Koffler Building in 2000, the Gould Simpson building, a new Center for Creative Photography, the Karl Eller Center, now known as the McGuire Center for Entrepreneurship and a renovated Centennial Hall.

The tribute will take place from 3 p.m. to 5 p.m. in The Fred Fox School of Music at Crowder Hall.

Three Great Things to Do in Tucson Today: Monday, Nov. 19