Posted By DANIEL PERLE and BRENDAN CAMPBELL and Cronkite News Service on Thu, Nov 15, 2018 at 4:13 PM 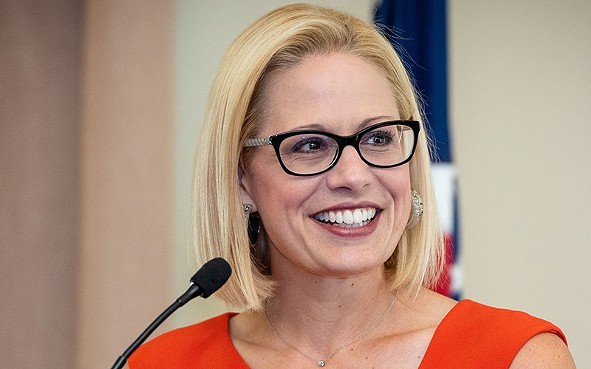 Photo courtesy U.S. House of Representatives
Arizona Sen.-elect Kyrsten Sinema was in Washington meeting with Democratic leaders Tuesday, one day after Republican Martha McSally conceded the Senate race, making Sinema the state’s first female senator and the first Democrat to hold a U.S. Senate seat from the state since Dennis DeConcini stepped down in 1994.
Arizona Sen.-elect Kyrsten Sinema was already in Washington Tuesday, just one day after Republican Martha McSally conceded in the one of the narrowest, most closely watched races in the country.

With more than 2.2 million ballots counted as of Tuesday evening, Sinema had a 38,295-vote lead, a 1.72 percentage point margin that made her not only the first woman elected to the Senate from Arizona, but also the first Democrat to hold the seat since Dennis DeConcini in 1994.

“I think she did it by positioning herself as a centrist, as somebody that would work on both sides, and that’s what I’d like to think I was able to do for my 18 years,” said DeConcini, echoing most experts on the race to replace Republican Sen. Jeff Flake.

While Sinema could claim the middle ground early, experts noted that McSally was forced to tack right to survive a bitter primary against two conservative challengers – a move that cost her in the general.

“McSally’s embracing of Trump sealed her GOP victory while it alienated key swing voters, for women and moderate independents, and it ultimately cost her the general election,” said Mike Noble, chief pollster at OH Predictive Insights.

Sinema, he said, “planted her flag right in the middle and she never deviated.”

Leah Askarinam, an analyst for Inside Elections, said McSally’s “strategy was riling up the base and playing to the right, rather than moderates … and it seems like there wasn’t enough of that Trump base to win an election for a Republican statewide.”

“In places like Arizona, it’s clear that playing to the base has its limits,” Askarinam said. “Sinema has spent a lot of her campaign trying to appeal to moderate voters, the center, and she was partially able to do that because she didn’t have a competitive primary.”

Jennifer Duffy, senior editor at the Cook Political Report, called Sinema’s success “the biggest sign we’ve had that the state is moving towards being purple.”

“Democrats have been talking about this, you know, for the past three elections, but this is the sign that it is moving in that direction,” Duffy said, adding that Democrats have “laid a foundation for success in Arizona in 2020.”

“I think it has been a purple state for a while, but anybody still wondering about that should seek professional help,” McLeod said.

But another political consultant, Jason Rose, said reports of Arizona’s death as a red state have been greatly exaggerated.

He said one factor that needs to be considered is the amount of outside spending on McSally’s behalf that was largely negative, spending that he said “did her a disservice.” McSally is “one impressive American,” he said, but the negative ads left voters with an impression of “smile versus scorn” for the two candidates.

Noble characterized Arizona as an “independent state,” and saw the photo finish between Sinema and McSally as a testament to the performance of both candidates, rather than a seismic shift to the left.

“We had two of probably the best candidates we’ve ever seen go against each other and they both were top recruits in the country on their respective sides of the aisle,” he said.

Strategists and analysts said that, while presidents tend to be a liability for candidates of their own party in midterm contests, the impact was undeniable in this race.

“Donald Trump is going to be an anchor around the neck of Republican candidates moving forward, as he was last Tuesday,” McLeod said.

But Richard Herrera, an Arizona State University political science professor, said it’s hard to point to one single factor in this race. McSally and Sinema were two excellent candidates, he said, with lots of fundraising and no incumbent to unseat.

Bill Scheel, a partner at Arizona political consulting firm Javelina, said this race and others from last Tuesday showed Democrats may not need to rely on one strategy to win statewide elections in Arizona. He said Sinema’s approach of running toward the middle “is the de facto strategy but I do not believe it is the only strategy.”

“Having folks in those statewide offices now who can start offering an alternative vision on some of these really important issues is going to be good,” Scheel said. 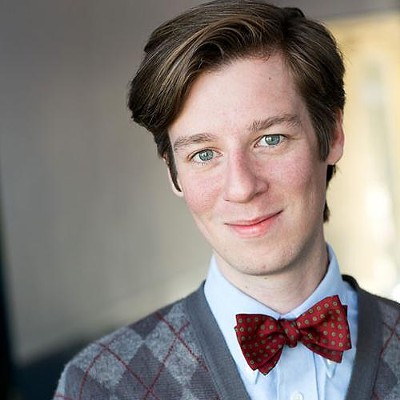