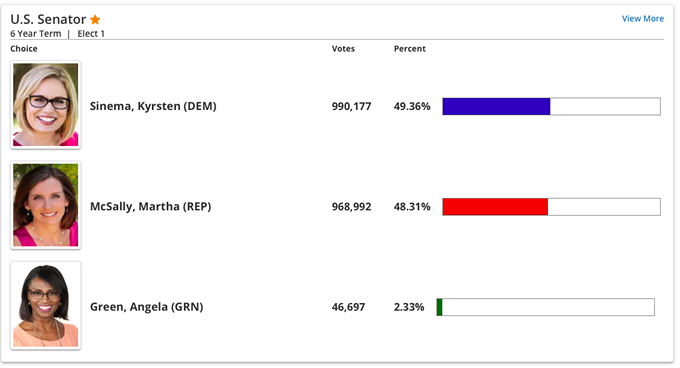 With the latest drop of ballots from Maricopa County, Democrat Kyrsten Sinema now has a 21,185-vote lead over Republican Martha McSally in Arizona's hotly contested race for U.S. Senate. That's gonna be hard for McSally to recover from, especially with 60,000 Pima County early ballots yet to count. 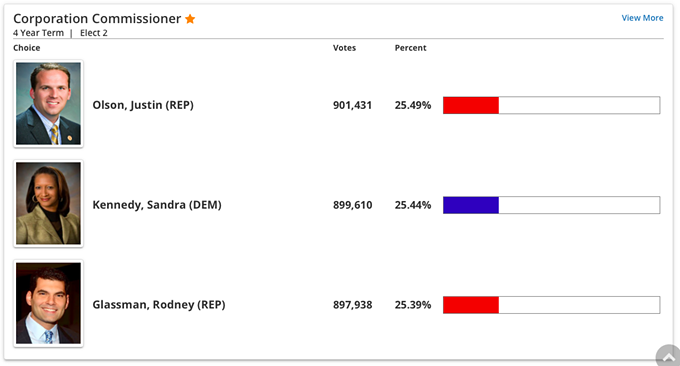 In other AZ election news, Democrat Sandra Kennedy has moved narrowly ahead of wretched-excuse-for-a-human-being and Republican candidate Rodney Glassman in the race for Arizona Corporation Commission.

Garrett Archer, the data guru at the Arizona Secretary of State's Office, has deleted an earlier estimate of about 362K ballots left to count. 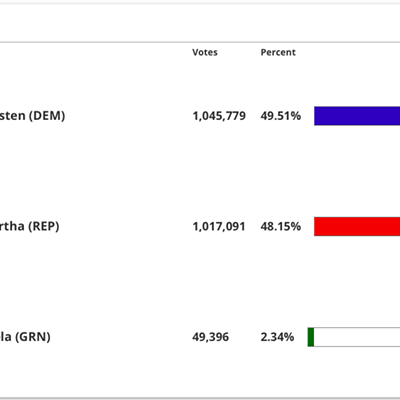