Community Info Do This! Feminism Fun in General Politics

Equality Tour Aims to Include Arizona in Historic Change

The Equality Tour is coming to Tucson. The event is organized by Equal Means Equal, a charitable organization of the Heroica Foundation. The Equality Tour will feature speakers and comedic and musical performances all in support of passing the Equal Rights Amendment (ERA).

The Equal Rights Amendment is a proposed amendment to the U.S Constitution that would guarantee equal rights to both men and women, which would work to eliminate gender pay gaps.

So far, 37 of the 38 states needed to amend the U.S Constitution to include women have voted to ratify, with Nevada and Illinois voting yes in just the past year and a half. Arizona has the potential to be a history-making state because the amendment will only be passed if one more state ratifies.

The musical performance is Voices for Change (VFC), a community organization that brings awareness to important social and political issues through music. Soloists will include Ali Handal, Jason Chu and Anthony Fedorov.

Also at the event will be Nobody's Funny, a team of stand-up comics. Performing comics include Samantha Baxley, Buffy Metler, Eugenia Kuzmin, Joel Marshall, Or Mash and Jessica Winther.

The free event will be on Thursday, Nov. 1 at 6:30 p.m. and will be located at the MSA Annex Festival Grounds near the Mercado at 267 S. Avenida Del Convento.

To purchase free tickets for admission or for more information about Equal Means Equal, visit: http://equalmeansequal.org/

Footsteps into America: A migrant’s journey of struggle, hope and the unknown 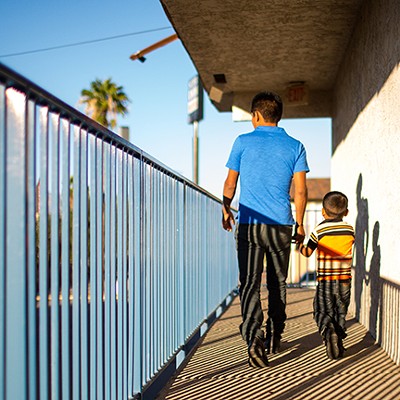