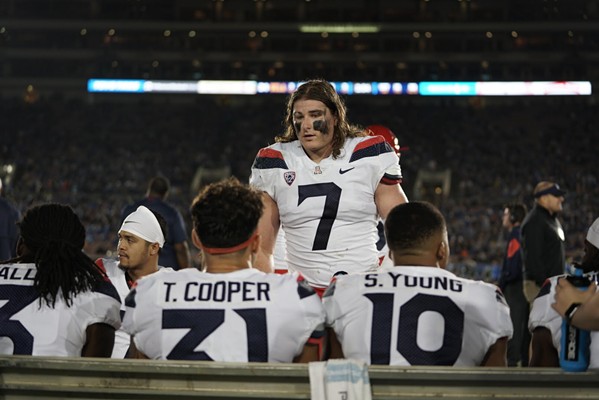 Connor Buss, Foreword Films
Arizona linebacker Colin Schooler chats with teammates Tristan Cooper and Scottie Young Jr. during the Wildcats' 31-30 loss to UCLA on Saturday, Oct. 20.
The course of the University of Arizona's football season hinges on the outcome of Saturday's contest with a juggernaut from the Pacific Northwest.

The Wildcats (3-5, 2-3) return to Arizona Stadium this Saturday, with the Oregon Ducks coming to Tucson for the first time since their stunning loss to the Wildcats in 2014.

That loss, which stemmed from a late strip-sack by do-it-all linebacker Phillip 'Scooby' Wright, propelled the Wildcats to a 10-2 regular season and their first (and only) appearance in the Pac-12 Football Championship Game.

Fast-forward some 48 months and much has changed. The Ducks have gone through two coaches (Mark Helfrich and Willie Taggart), while Arizona canned Rich Rodriguez in the offseason.

The Ducks have emerged from their recent slumber with vigor, thanks to first-year coach Mario Cristobal and junior QB Justin Herbert, with a 5-2 record, despite recent losses to Washington State and Stanford.

It'll be a tall task for the Wildcats to spring the upset at home this week, with Vegas putting the home team as a 9.5-point underdog.

The Ducks, meanwhile, have found their groove offensively, ranking second overall in yards per game (460.7), with Herbert averaging 269.0 passing yards per game (second-best in the Pac-12).

It'll be interesting to see how Arizona's linebacking unit, led by sophomore Colin Schooler fares against Herbert and his stacked wideout corp.

Schooler has been a tour de force defensively for defensive coordinator Marcel Yates, with a team-high 81 tackles and 14.5 tackles for loss this season.

Schooler is also solid in defending the pass this season, sitting in a tie atop the team leaderboard with two interceptions this season.

He'll go against a Ducks offense that includes his brother, Brenden, who has 10 catches for 116 yards this season.

It's unclear whether Khalil Tate or sophomore backup Rhett Rodriguez, who completed 15-of-34 passes for 231 yards and two touchdowns in his first collegiate start last week, will start on Saturday night.

This contest looks like it'll be one-sided (and not in Arizona's favor), though odd things are known to happen for the Ducks when they toe the lines of Arizona Stadium after dark.

How to Watch: Arizona and Oregon will play at 7:30 p.m. on Saturday, with ESPN carrying the contest.

Who to Watch: Oregon junior quarterback Justin Herbert is a Heisman candidate and potential first round pick in next year's NFL Draft. He's thrown for 1,883 yards and 18 touchdowns, with 5 interceptions in 212 pass attempts. Junior receiver Dillon Mitchell has been solid for Cristobal's team as well, with a team-high 608 receiving yards and 3 touchdowns on 42 receptions this season.

How to Bet: Vegas has Oregon as a 9.5-point favorite, as of Thursday morning. The over/under for the contest is listed at 65.

Score Prediction: Oregon is far too good of a team to lose back-to-back road games, so I'll say that the Ducks will win this one easily. Oregon 42, Arizona 10

Three Great Things to Do in Tucson Today: Thursday, Oct. 25 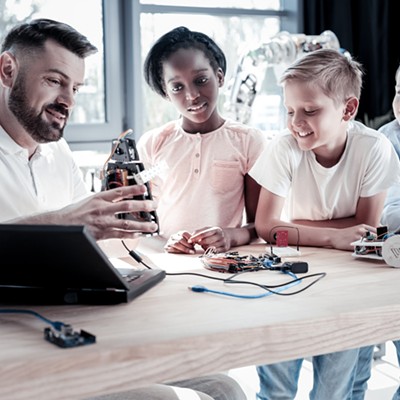