Note [of exasperation]: I'm beginning to think the Star has a policy: "Never write the words, 'According to an article by Craig Harris in the Republic . . .'" Harris has written a groundbreaking series of articles on charter school corruption and profiteering which has statewide relevance, but to my recollection, the Star hasn't mentioned any of them, nor has it done similar investigations on its own.

Craig Harris has a new article in The Republic that takes another look at the lack of charter school regulation and accountability. Not only does the State Board for Charter Schools conduct minimal charter school oversight, it doesn't acknowledge public complaints about charters on its website.


For the past three years, each charter school's profile on the site displayed the message: "This charter has no complaints."

According to Harris, the board received 91 complaints during the 2017-18 school year. Two months into this school year, it has already received 141 complaints.

The board's motto: See no evil. Hear no evil. Post no evil.

According to Harris, the website has addressed the problem, though the board has yet to release complaints, which are public records, to the paper.

None of this is recent, or accidental. It's part of a pattern that goes back to charter school beginnings in Arizona. The state charter board has always been more a promoter of charters than a regulator. Here's some historical background.

Lisa Graham Keegan was the state senator who shepherded Arizona's charter school law through the legislature in 1994. She became education superintendent in 1995. While charter schools were sprouting up all over the state, she was cutting the size of the department of education. The staffing went from over 450 employees to 350 in her first year.

The cuts were part of Keegan's overall educational philosophy: cut regulations and accountability for public schools, and keep charters as regulation-free as possible. In an article titled The Empowerment of Market-Based School Reform, Keegan wrote,

In the same piece, she bragged,


Among all the states, Arizona probably has the least invasive state management of charter schools. . . . My philosophy is that you should not thwart a market that wants to move.

At the same time Keegan cut her department's employees by 25 percent, she created a skeleton crew to oversee — actually, to be powerless to oversee — charter schools. The State Board for Charter Schools had only three employees for its first three years, looking after 150 recently created charter schools. The number grew to six employees, then eight. Now it has eleven employees, only some of whom visit and evaluate the state's 600 charter schools. Charters are pretty much on their own, by intention, until problems become public enough the board has to act.

Keeping complaints off the board's website is an excellent way to keep charter problems out of sight and out of mind. Another way is to keep the media at bay as much as possible, which Keegan planned to do from the start. In the same article, she glories in the fact that charters have grown faster than the media's ability to keep up.


There are so many charter schools that the media can't camp on the doorstep of every single charter school waiting for it to do something wrong.

Keegan must be very unhappy with all the recent attention charter corruption has received in the media (though, sadly, not in the Star), especially since she said in so many words, corruption isn't such a bad thing so long as the parents are happy. In the same article, Keegan wrote about a school, Citizen 2000, which closed in 1998. The founder declared bankruptcy and was later indicted on multiple counts of theft and fraud. She wrote about a wonderful meeting she had with parents who, she said, loved the school in spite of the founder's criminal behavior.


Those parents said, "We knew there was fraud going on. That didn't matter for us. What mattered was that our children were noticed, they know our children's names."

Keegan seems to think it's a shame a wonderful charter run by someone stealing money from the state had to close. After all, what's a little theft and fraud between free market friends?

Harris writes in his article that the current executive director of the charter board wants to add eight employees who can help regulate the schools. That will require about $631,000 in new funding from the legislature. If state government stays in Republican hands, it's unlikely the director will get more than a portion of the help she's asking for, if she gets anything. Which would be in keeping with the intention of the earliest advocates for Arizona's charter schools: Charters are regulated best when they're regulated least. 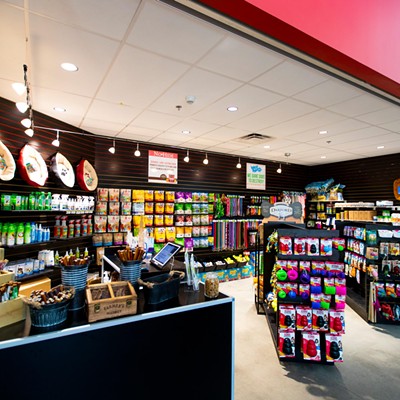