Senate candidate Andrea Dalessandro (D) and House candidates Anthony Sizer (R) and Rosanna Gabaldón (D) are Clean Elections candidates, so they were required to participate in this debate in order to receive campaign funding from the Citizens Clean Elections Commission.

Unlike other races, these candidates are not new to the world of politics. Four out of the six have previously served in elected office on the state level.

The debate started off strong with the ever-present controversy over how Arizona’s government should tackle education funding. Republicans and Democrats responded with pro-education philosophies and expressed frustration with how this fight has been playing out.

Kais made it clear that she supports teachers, but doesn’t want to promise anything that she can’t deliver. She spoke of her professional beginnings as a high school teacher, but didn’t offer many solutions to the audience.

Dalessandro, Kais’ opponent and State Senator in this district since 2013, countered: “It’s easy to say you’re for public education, but it’s the actions that count.” The state senator said that long before the #RedforEd movement began, she signed a pledge to vote against any bill that takes money from the state’s general fund, which allocates a significant portion to education funding.

Ackerley, an LD-2 Representative since 2015 who works as a teacher at Amphi High School, said he doesn’t sign pledges, because he believes they are used for political organizing and not public policy. However, he said that Arizona needs to find a “dedicated funding source” to provide quality education to its residents.

“I’m quite honestly a little bit frustrated that the momentum that was generated this last legislative cycle wasn’t pushed into finding a broad coalition to find a sustainable solution … but rather turned into a partisan fight,” he said. “I have a record of fighting for education, I’m going to continue to do so.”

Hernandez, who was elected to the House in 2016, blamed Arizona’s education issues on Gov. Doug Ducey’s decision to expand the State Supreme Court, who shut down the Invest in Education ballot initiative calling for high-earning residents to pay more income tax.

“We need to come together to make sure that we extend and expand Prop. 301, because without Invest in Ed pumping $600 million, we are going to be in yet another dire crisis,” he said.

In March the state legislature extended Prop. 301 for another 20 years, solidifying a .6-cent sales tax that generates about $667 million annually for public education.

Ackerley said that he sees the impact of technical training in his students every day, and fully supports funding those programs. Dalessandro responded that Democrats in state government strongly opposed cutting funding for JTED years ago, but Republicans insisted on it, and now they have decided to restore the funding that they cut in the first place.

The candidates also gave varying types of solutions for the high rate of poverty in the Tucson area, especially in LD-2.

“Welcome to the bubble, you’re sitting in a bubble today,” Kais said, referring to Sahuarita’s close proximity to South Tucson and Nogales. “On either side of this community, north or south, we have extreme poverty. So what do we do about it?”

She believes that Tucson has enough non-profit organizations, and what is needed is electing a legislator “with a passion, with a purpose and an ability to reduce poverty.”

Gabaldón, an LD-2 Representative since 2012, said that the role of the legislator is to provide people in poverty with services that can provide a hand-up, not a hand-out. She believes that money and attention should be invested in preventative services.

“When it comes to poverty, we need to ... look at the problem that is called hunger, and there’s hunger throughout the state of Arizona,” she said. “When parents have to sit there and decide between feeding their children or putting gas in their car, or leaving their sick child at home because affordable child care is not there—that is what is the problem.”

During his turn to speak about poverty, Ackerley said that the state legislature is not in a position to solve that problem. He said their job is to provide a “social safety net” for those in need.

Hernandez disputed this statement, pointing out that state legislators have the power to approve child care subsidies from the federal government. He also referenced the 12-month cap on food stamp services, which could be extended by the legislature. Ackerley later concurred, adding that during his time in office he was able to “push a little bit in the right direction.”

Sizer, who ran an unsuccessful campaign for State Senate in LD-14, spoke about his childhood as an orphan in India, expressing that he has first-hand experience of living in poverty. He said the United States opened up opportunities for him to advance economically, which wasn’t an option in his home country.

Next up for discussion was the border wall, which most of the candidates agreed was a topic not entirely applicable to this debate because the construction of a wall is a federal decision, not a state decision.

However, Gabaldón and Hernandez agreed the border wall is unnecessary because the border is “the safest it’s ever been.” Gabaldón said the implementation of a wall would be detrimental to Southern Arizona’s environment, wildlife and water supply, while Hernandez argued that the wall is fiscally irresponsible because that money could be invested in technology such as drones, which are effective at surveilling the border region.

Sizer had an opposing viewpoint, claiming that drug trafficking and other illegal activities are still prevalent in these areas. He stressed the importance of keeping residents along the border safe, and said their lives are at risk. Addressing his opponents, he suggested that they try living along the border and watch drug cartels cross over into their property. Sizer said he supports any effort towards protecting American citizens.

In regards to environmental issues, Kais, Dalessandro and Hernandez gave specific attention to the International Outfall Interceptor, which is “infrastructure that conveys wastewater from Sonora and Arizona to the Nogales International Wastewater Treatment Plant,” according to a fact sheet provided by Santa Cruz County.

The IOI has been the cause of water contamination within the border region for many years. Kais is confident in the arrival of a freshly-stocked legislature, which could spark communication with officials in Sonora to plan and allocate money towards fixing the environmental hazard.

Hernandez agreed with Kais on this point, but added responsibility onto the Republican party for not addressing this issue sooner, since they have had majority control over all three branches of state government for years.

“I think first of all we have to start with some personal responsibility: I have solar on my home, a water-harvesting system and I drive an electric vehicle,” Dalessandro stated.

She believes that creating a sufficient water supply and preserving air quality are the most important environmental issues facing Southern Arizona. The senator said she doesn’t want LD-2 to end up with Phoenix-quality air.

A video of the debate can be viewed on the Citizens Clean Election Commission’s YouTube channel.

Three Fun Things to Do in Tucson Today: Wednesday Sept. 26 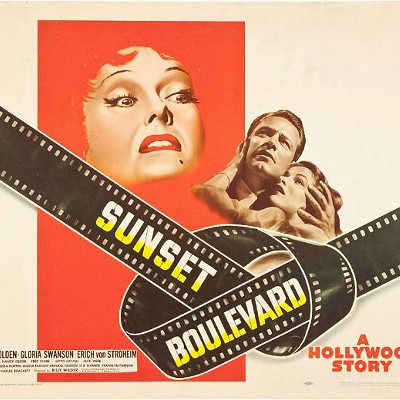