Three Great Things to Do in Tucson Today: Wednesday, Sept. 12

Whiskey Wednesday at Union Public House. If you need just a little extra oomph to get you through the week, Union Public House has your back by offering half-off all whiskey all day. They also claim to have Tucson’s largest whiskey collection, so you’ve got more options than you can try in one fateful Wednesday evening. 11 a.m. to 2 a.m. Wednesday, Sept. 12. 4340 N. Campbell Ave. 21+. Details here. 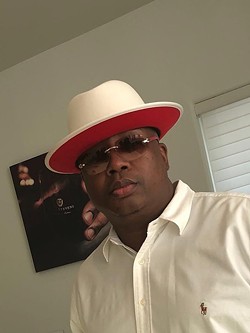 Courtesy
E-40
E-40: E-40’s career reads like a hip-hop encyclopedia. From 1986 to present, he has repped Oakland, founding Sick Wid’ It Records and spinning on the E-Feezy radio show, showcasing the flamboyant East Bay scene and cementing its place in the hip-hop pantheon. On the mic, E is hilarious and oh-so-capable of switching game mid-flow. His real “genius” might be his business acumen (self-branding early with the legendary 40 Water) or the choice to be his own hype man. E-40 has underground cred for days, guesting even on the illusive DJ Shadow’s new record. Yet his commercial whip appeal earned him mad streams and hits and Lil Jon production. From Too Short to Snoop Dogg to the Game to Vince Staples, E never lets his career get crusty. With brains and panache, E-40 has managed a lifelong career in rap’s often sordid and bullet-riddled history. With OMB Peezy and Nef the Pharaoh on Wednesday, Sept. 12. Rialto Theatre, 318 E. Congress St. Doors at 7 p.m. $25-$20. All ages. Details here.

Nothing Scares an Arizona Republican More Than an Angry Educator

Claytoon of the Day: Go With The Flo