In Which I Get FOXed, But Not OutFOXed, On the John C. Scott Show

Saturday I was a guest on the John C. Scott radio show. John and I were discussing the push to arm teachers, which I find abhorrent. A caller wanted to let me know how wrong I was. Here's what she said.


"There was a massacre in 1974 in Israel called Ma'alot. There were 31 children and 4 teachers killed and 115 people wounded. The next day the military moved into the school, and they taught the teachers how to protect the children with guns. Since 1974 there has never been another school shooting in Israel."

It's a safe bet, stories this neat and tidy are either complete lies or they leave out important details. That's why as I listened, my Bullshit Detector was maxed out at eleven, lights were flashing and sirens were blaring. But what could I do? I'd never heard of the incident, so I couldn't tell the caller she was wrong. Yet I was damned if I was going to leave what sounded like a perfect fabrication hanging there without a response.

If she was lying, or if she was retelling an inaccurate story she believed, any chance of us carrying on a reasonable discussion was gone. For people to talk about something with the purpose of understanding the issues and arriving at conclusions, not just winning, both sides have to play fair. Otherwise, it's just a question of who's better at fighting dirty.

My sense was, purposely or not, she was fighting dirty. But was the Ma'alot story she told incorrect? I couldn't be sure.

The one card I had to play was my knowledge of how restrictive gun laws are in Israel. It's much harder to get guns there than in the U.S., so the notion that their schools would be filled with gun-toting teachers doesn't make sense. Did the caller know anything about Israeli gun laws, I wondered, or was she just repeating a story she heard?

When she finished talking, I asked, "Do you know anything about how difficult it is to get a gun in Israel?" Silence. Either she knew nothing, or she had already hung up.

I took a chance, figuring the odds were with me.

After I explained how difficult it is to own a gun in Israel, I said, "With all due respect, I'm going to look this up after the show is over, but I don't believe teachers are armed in Israel's schools. I think that's a bogus argument."

After the show, I looked it up. I was right. The thrust of her argument and most of the details were wrong.

How did the caller get ahold of this story? Most likely it came from Fox News or the NRA, two major players in the right wing disinformation and distortion machine, whose pronouncements are accepted as gospel and repeated endlessly by their gullible and deluded followers.

In 2012, after the Newtown school shooting, the NRA promoted the story that Israel uses beefed up security to stop school shootings without acknowledging how difficult it would be for a potential shooter to get a gun. Fox picked up the story and ran with it.

Days after the Newtown shooting, NRA's Wayne LaPierre invoked Israel to make the point that more guns are the way to combat school shootings.


"Israel had a whole lot of school shootings until they did one thing: They said, `We're going to stop it,' and they put armed security in every school and they have not had a problem since then," LaPierre said on the NBC News show "Meet the Press."

In 2015 Fox News ran a story about Judge Andrew Napolitano advocating for teachers to carry guns in schools.


Napolitano pointed to Israel, where teachers and staff members are armed.

"You never see the type of invasions there that you see here."

No, teachers aren't armed. Neither is the general populace.

What happened in Ma'alot in 1974 was a Palestinian terrorist attack. Three terrorists dressed as Israeli soldiers went into a school and took 115 people hostage. During a rescue by the Israeli military, the terrorists killed 25 and wounded 68. (The caller had her numbers wrong. No matter. Made-up numbers make a lie sound credible.)

The Israeli military's first response wasn't to arm the teachers. It was a retaliatory bombing strike in southern Lebanon, resulting in 27 people killed and 138 injured in seven Palestinian refugee camps.

A planned terrorist attack and military response have no relation whatsoever to the typical U.S. school incidents where the shooters tend to be current or former students filled with a sick rage but no political agenda. Even if an Israeli wanted to pull off something similar, strict gun regulations mean it's unlikely that person would be able to get ahold of a gun or ammunition.

How Israeli schools responded to the 1974 massacre isn't completely clear from the reports I read, which tells me there was no systematic plan to stop events like this in the aftermath of the killings. One story states that some Israeli teachers who had permits were allowed to carry guns in schools, but the idea didn't catch on, and the numbers diminished to zero.

The bottom line is, today, contrary to what the caller said, Israeli teachers aren't armed. As for the use of security guards at schools, that wasn't established as a general practice until 1995, 21 years after the Ma'alot massacre.

If someone wants to make the case for armed teachers or beefed-up security at schools, that's fine. Just make the case fairly and honestly. Don't use perfectly wrong examples to prove your point. 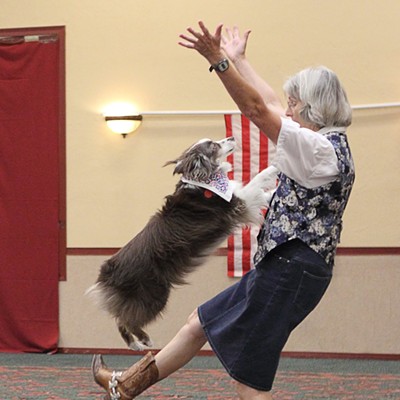