Which Luis Gonzales Is Running for the Pima Community College Board? 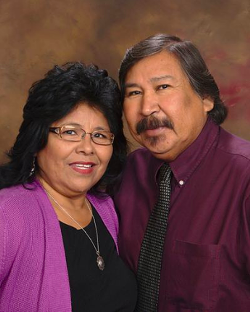 Luis Gonzales is running for the Pima Community College Board of Governors District 5. But contrary to what some voters might think, this is not a re-election campaign.

Although that seat is currently held by a Luis Gonzales, he's the former state lawmaker who handily won his 2016 campaign over the establishment-favorite attorney Martha Durkin.

The Luis Gonzales running in the November elections is the former Pascua Yaqui tribal councilman and husband of Sally Ann Gonzalez, the Legislative District 3 Representative who just won her primary for the state Senate and goes into the general unopposed. 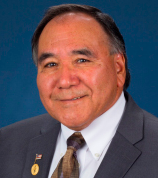 PCC-Luis said he’s been telling people he knows that he’s not running, but hasn’t made a public statement about it. He said voters are pretty intelligent, and he believes they’ll research their candidate as well as read about it in the news and go to forums.

“In so far as voters being confused, I don’t know if that’s good or bad,” he said. “Like any elected official out there, you may have your retractors.”

He said he encouraged former-tribal-council-member Luis to run for the seat. This Luis couldn’t be reached for comment on whether he thinks voters might be confused about which Luis Gonzales they're voting for or whether he has any plan to make it crystal clear.

Sally-Ann-husband Luis Gonzales' opponent for the PCC District 5 seat, Debi Chess Mabie, said she thinks voters might be confused, but she understands people can't help having the same name.

This article was updated to include comment from PCC Board Member Luis Gonzales.