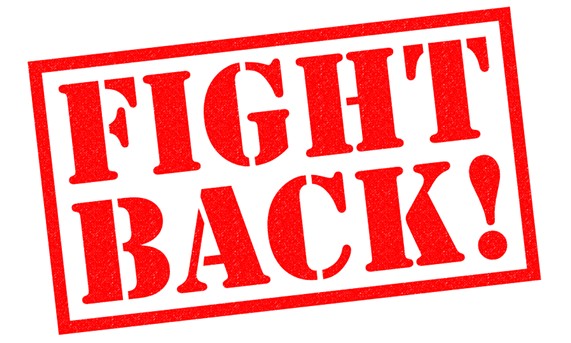 Supporters of education should be seeing Red right now.

We need to be Red-hot angry over the decision by Ducey's Supreme Court, backed by the Arizona Chamber of Commerce, to take the Invest in Education initiative off the ballot.

We need to be more #RedforEd than ever.

We need to rid Arizona of Red/Republican politicians who vote in lockstep with their rich backers, ignoring the needs of our children. Throw The Sons Of Bitches Out! To paraphrase a slogan Republicans loved in the 60s: "Arizona: Love its children or Leave office." Don't let the Capitol door hit your asses on the way out.

If we can't campaign for Invest in Ed, then we campaign hard for candidates who promote a progressive education agenda: David Garcia for Governor, Kathy Hoffman for Superintendent of Public Instruction and all the other state and local Democrats who are facing uphill electoral battles. It doesn't matter if they were your first choice in the primary. They're your first choice now. The future of Arizona education — hell, the future of Arizona — is hanging in the balance.

Don't get sad. Get mad! And do something about it.

EJ Montini wrote a column in the AZ Republic saying basically, Nah, Arizona won't vote the sons of bitches out. In November, we'll do what we always do, put government back in the hands of Republicans who screwed us over. I ask myself, is Montini a cynic or a realist? These days, it can feel like they're the same thing. But they're not. Cynicism is a self-fulfilling prophecy. If we fall prey to it, cynicism turns into reality.

Remember, in the midst of the tragedy which is the Trump presidency, some strange and wonderful things have been happening around the country.

Democratic upstarts are exciting the electorate, flying in the face of common wisdom and the polls and winning primaries over their well established, well funded Democratic opponents.

Take a look at Oklahoma. It's close to a clone of Arizona when it comes to underfunding education. In March the legislature raised teacher salaries by passing its first tax hike in 30 years by the needed three-fourths majority with Yes votes from Republicans a well as Democrats. Of the 19 Republicans who voted No, only 4 made it to the ballot for the November general election.

And let's not forget our own #RedforEd movement which brought Doug "One percent for teachers" Ducey to his knees, forcing him to add another nine percent to his budget proposal for teacher raises.

If we sigh and say, "It doesn't matter what we do, it won't make a difference," we'll be right. Nothing will be different. But this year, maybe, to paraphrase an Obama slogan from his first presidential campaign, We are the change Arizona has been waiting for.

We'll never know until we try.

Which Luis Gonzales Is Running for the Pima Community College Board?