The race for Arizona governor is now between Democrat David Garcia and Republican incumbent Doug Ducey.

Garcia defeated state Sen. Steve Farley and Southern Arizona YWCA CEO Kelly Fryer for the Democratic nomination. While votes remain to be counted, Garcia had 48 percent of the vote to Farley's 34 percent and Fryer's 16 percent as of press time.

“Turnout was everything.” Garcia said after the results came in. “It’s the No. 1 thing our campaign works on, because when we get together, we win, and that’s what we saw tonight.”

A military veteran and a professor at Arizona State University, Garcia previously ran for State Superintendent of Public Instruction in 2014. His campaign involved fighting for “working families and against a rigged economy.” Other key points of his campaign are public school funding and sustainable resources.

“It is hard,” Farley said, before cutting his words short in a teary speech after the results came in. “I would have loved to been your nominee, but I was honored to be your candidate. This has been a long road, but there’s no better place than Arizona for a non-stop road trip.”
click to enlarge Only an hour before the votes started pouring in, Farley took the stage at the Pima County Democrats election party with Fryer to call for unity among the Democratic party.

Fryer said she wears with pride a label given to her by the media: “Take-no-prisoners leftist.”

“Take no prisoners this November,” she said. “People are ready for Democrats to be real and Democrats to fight for justice and opportunity for every single person in Arizona.”

Farley, who served as assistant minority leader in the Arizona Senate, banked his campaign on improving infrastructure and public transit, also focusing on working across party lines.

“The voters decided that they wanted to go in another direction,” Farley said to a crowd after voting results placed him in second behind Garcia. “But I am excited for the opportunity of us all uniting to take Doug Ducey down.”

“I have tremendous respect for Farley and Fryer,” Garcia said. “We made a commitment between the three of us, that regardless of the outcome of the votes, we will come together to make change.”

Fryer, the most left-leaning of the Democratic candidates, traveled many miles across the state during her campaign. She focused on issues such as gun control, environmental protection, racial injustice and the separation of church and state, with the slogan: “This is not a campaign, this is an uprising!”

“The truth is, if any of us won, we’d stand a chance against Ducey,” Garcia said. “The big picture is winning in November.” Three Great Things to Do in Tucson Today: Wednesday, Aug. 29 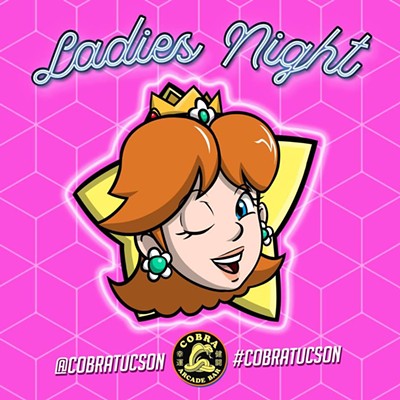