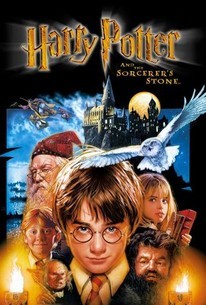 "Harry Potter and the Sorcerer's Stone" by J.K. Rowling
Celebrate the boy who lived and who became an icon of a generation. Today is Harry Potter's birthday, and it's time to celebrate as he theoretically turns 38.

Ever since the first book "Harry Potter and the Sorcerers Stone" came out in 1997, the world has fallen in love with the magical world of Hogwarts and then we were granted one of the best movie franchises that lasted over 10 years.

But is not only Harry Potter's birthday, it is also JK Rowling's, as the author of the book decided to share her special day with the character that would change her life.

There are now theme parks, a new spinoff movie, and a play that continue to tell this magical story. It's been seven years since the last Harry Potter movie came out but the world the young boy introduced us to has not been forgotten.

Claytoon of the Day: Spending Time with Daddy

Harry and the Potters, Live at the Library!

Three Great Things to Do in Tucson Today: Monday, Aug. 20