Before being banished for making a hellish cacophony, brothers Richard and Tim Butler started out jamming in their parents living room. During a time of mass unemployment, seeing the Sex Pistols at London’s 100 Club in 1976 proved transformative.

“I had never seen anybody with that much confrontational in-your-face charisma. It was mind-blowing,” says Richard Butler of Johnny Rotten.

Embracing the three-chord revolution, soon after the Butler’s formed a band. The Psychedelic Furs emerged onto the London scene in 1977, far too melodic to be punk. Produced by Steve Lillywhite (U2, Peter Gabriel), their debut, The Psychedelic Furs (1980), was awash with dissonant guitars, brash outbursts of saxophone and Richard Butler’s snide growl. The LP became a top 20 hit in the UK. Then, with the advent of MTV in 1981, a more poetic second album Talk Talk Talk (Columbia), and lush videos directed by Tim Pope, The Furs trajectory was set.

The Psychedelic Furs played to a rabid audience of approximately 700 at The Rialto Theater on Tuesday, July 17. Here are some highlights.

After long minutes of soundchecks and roadies tweaking gadgetry, keyboardist Amanda Kramer fingered the stately intro to “Dumb Waiters” as the band came to life. Enter Richard Butler wearing shades. Sounding somewhat like Johnny Lydon, Butler sang, “Gimme all your paper, mah/So I can get a gun/She has got it in for me/Yeah, I mean it honestly.”

Next, Paul Garisto, a session drummer since the age of 17, pistoned the beat like a locomotive on “Into You Like A Train.” Racing, the band hit full stride. Ever charismatic, Butler worked the stage like a Shakespearean thespian who has played the same role countless times—hands on hips, crouching down catlike, arms outstretched grasping for something unseen. His signature moves still strike a chord with the audience.

Dickensian working-class politics along with Orwell’s visions of dystopia may have seeped into the leaching pool on “President Gas.” Butler’s political condemnations were delivered scathingly. And, are as relevant today as they were in 1982 when the song appeared on their third album, Forever Now. “President gas is president gas again/He comes in from the left sometimes/He comes in from the right/It's so heavily advertised that he wants you and I/It's a real cowboy set, Electric Company/Every day is Happy Days/It's hell without the sin/But, don't cry, don't do anything/No lies, back in the government.” The Furs were en fuego.

Lush layers of keyboards and backing vocals swirled. Ascending bass notes propelled the wistful melody to emotional peaks on “The Ghost In You.” Moved, Tim Butler stepped to the edge of the stage to interact with the audience, while brother Richard, viscera exposed, sang, “I'm in a mood for you/For running away/Stars come down in you/And love, you can't give it away/Inside you the time moves/And she don't fade/The ghost in you/She don't fade.” Affecting, perhaps, more so to those whose thoughts remain haunted.

For the next pair of songs, guitarist Rich Good switched from a black semi-hollow bodied Guild Starfire to a cream Fender Jazzmaster, built for speed. The serrated edge guitar riffs that run throughout “Mr. Jones” gamboled atop the kinetic pulse. As did the feedback drenched sheets that rained down over a palm muted and looped texture on “Heartbreak Beat.” Both provided the perfect backdrop for Good to shine brilliantly. While Butler belted, “And it feels like love,” accented by percussive blasts and queued lighting.

After a momentary pause for bandmates to tune, the drummer clicked off the intro to “Love My Way.” The hypnotic marimba motif and pounding back beat set the stage. Butler removed his suit jacket, still dapper in shirt sleeves and a vest. The song “addresses people who are fucked up about their sexuality.” Butler adds, “Don't worry about it.” At the song’s thunderous end, Butler stood before the audience in gratitude for their outpouring. “Thank you.” The 62 year old, face visibly energized, gushed like a teenager. A testament to the panacea that is music.

The Furs then dug deeper into the catalogue, pulling out “Only You & I,” “She Is Mine” and “Angels Don’t Cry.” On the latter Butler emotes with pained resignation, “I try to remember a kiss/And I only get sorrow/And yesterday's faded away/Now there's only tomorrow/And everything passes and changes/And comes to an end I know.” It became evident, when saxophonist extraordinaire Mars Williams stepped up front to solo, that it’s these amazing saxophone lines that add distinct flavor to The Furs sound. Williams blew, soulfully.

On “Imitation of Christ,” striking Christ-like poses, Richard Butler sang, “Another Christ is on the cross/The nails are words, the nails are lies/To make it crawl and make it scream/And make it real and make it bleed.” Never anodyne, The Furs fearlessly explored darker passages that many of their contemporaries dared not enter.

The show culminated with “Heaven,” the first single from Mirror Moves (1984). “There's too many kings/Want to hold you down/And a world at the window/Gone underground/There's a hole in the sky/Where the sun don't shine/And a clock on the wall/And it counts my time.” Entering the coda, Good soloed tastefully as Butler blew two-handed kisses into the audience, receiving a few back, before exiting the stage.

Feeling goodwill in the air, The Psychedelic Furs returned for three encores: “India,” “Forever Now” and “Pretty in Pink.” Originally released in 1981, “Pretty in Pink” inspired John Hughes’ 1986 film of the same name and became a pop anthem for outsider teenagers everywhere, despite Richard Butler’s intent. “John Hughes’ was such a horrible take on that story,” he says. “So Hollywood. I liked that it could mean someone could be pretty when she was naked, or it could mean something else.” Nonetheless, the crowd roared. A familiar joy spread. Enthusiasts danced. Even this nostalgic writer was not insusceptible to the candy-coated melody, despite Butler’s razor throated delivery, and bopped to the end. 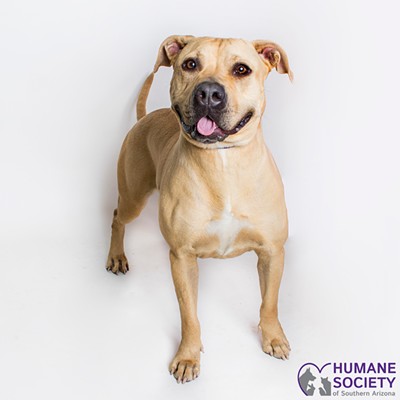