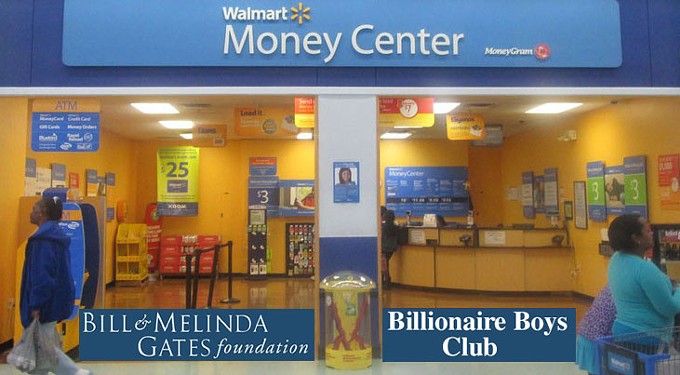 A story on the front page of the Star.

Be still my heart!

Last week I wrote a post about the amount of money the Walton Family Foundation — the Walmart fortune — has poured into charter schools, with a promise of a billion dollars total between 2015 and 2020. The AP story looked beyond the Walton Foundation. It began with a Bill Gates connection I didn't know about. Washington state is one of the last states to resist the charter school movement. Gates put millions into creating a charter school law, then funded the Washington State Charter Schools Association. When the courts ruled the law unconstitutional, Gates spent more money to keep six charters open while they fight to reinstate the law.

Along with charter supporters like Gates and the Waltons, the article mentions the Dell computer family and Facebook's Mark Zuckerberg. The Billionaire Boys Club stretches much farther than that. A recent example. In the California gubernatorial primary, Netflix founder Reed Hastings plowed $7 million into the candidacy of ex-Los Angeles mayor Antonio Villaraigosa, a big charter school supporter. He did it under the cover of a group named Families & Teachers for Antonio Villaraigosa for Governor 2018, which put more than $13 million into the campaign, almost all of it from a few rich donors. Villaraigosa lost in spite of the funding.

In my earlier post, I wrote that the charter presence in Arizona and around the country would be much smaller if it weren't for the billions of private dollars spent on their behalf. Sometimes it's spent openly, but often it's done by stealth. A favorite method is the use of dozens of pro-charter astroturf groups, supposedly grassroots organizations, with impressive websites and an office address. Often they claim to represent specific groups, like African Americans or Hispanics, to give the impression of a groundswell of support. The actual organization can be a small office with one employee or even a post office box. But in advertising and public relations, perception is everything.

On a similar but separate note, I recently finished the book, Democracy in Chains, by Nancy MacLean. The rest of the title tells you the book's subject: "The Deep History of the Radical Right's Stealth Plan For America." Not everyone's cup of tea, I know, but an excellent book if you're interested, good story telling, reasonably easy reading, and very revealing. It could be billed as a sequel to Jane Mayer's Dark Money, covering similar ground from a different perspective, adding to Mayer's information and insights without repeating them.

The book talks about the libertarians' push to mainstream their agenda. Well known names like the Koch brothers are mentioned, along with lesser known figures. What's relevant to this discussion is, the movement wasn't catching on. They couldn't pull together the kind of following needed to create a mass movement. No worries, they decided. We'll just keep plowing money into universities, think tanks, political campaigns and lobbying. The money magnified their voices a million fold. They succeeded and failed, succeeded and failed, but as long as they kept the money flowing, failures were nothing but temporary setbacks.

Without the billionaires' fierce determination, their use of stealth to fly under the radar and limitless wealth, the libertarian-inflected right in this country wouldn't be in the dominant political position it is today. The same goes for the prominence of the privatization/"education reform" movement. A single dollar bill whispers in the wilderness. A billion dollars can scream its message to every corner of the country. 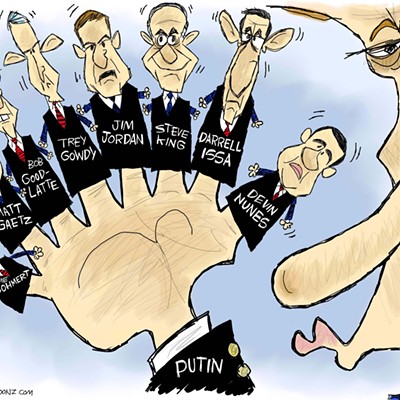 Claytoon of the Day: Sticky Fingers

Nancy MacLean, Author of "Democracy In Chains," Will Be At UA Sept. 24

"Hey Buddy, Can You Spare $200 Million?" If Your Buddy Is the Walton (Walmart) Family, Then, Yes