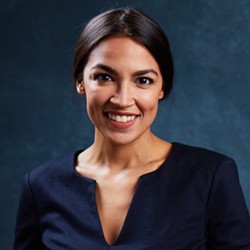 This comes after 28-year-old Alexandria Ocasio-Cortez won the Democratic primary in New York's 14 congressional district, defeating the long-time incumbent. During her campaign, Ocasio-Cortez called for the abolishment of ICE, which was formed in 2002, following 9/11.

The GOP first toyed with holding a vote on a Democrat-introduced bill to abolish ICE, in a move that hardly seemed like a friendly gesture to give a Democratic bill some floor time. Whatever Democrats in the House and Congress think of ICE, Republican leaders know calling for the agency's abolishment could be a risky political move. But before a vote on the Democratic bill, they changed course.

“What I found so interesting is the Democrats introduced a bill to abolish
ICE ... we give them an opportunity, and they say they don’t want to
vote for it,” said McCarthy, who controls which bills come to the House
floor.

The California Republican said Thursday he intended to bring the abolish ICE bill to the floor in an attempt to force vulnerable Democrats to take a difficult vote. GOP leaders thought Democrats in swing districts would be reluctant to criticize the federal agency responsible for fighting human and drug trafficking and border enforcement.

But Democrats responded by vowing to vote “no” and dismissed it as an election year show vote.