Student Housing Monastery: Conflict Over the Fate of the Historic Benedictine Continues 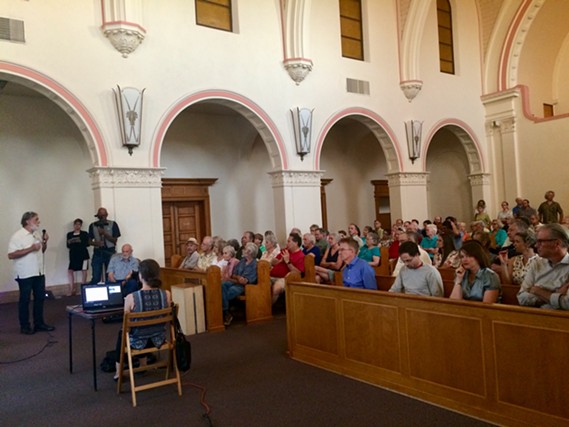 Danyelle Khmara
About 100 neighbors and people invested in the outcome of the Benedictine Monastery gather on June 28 to hear architect Corky Poster's latest proposal for the sanctuary's future.

The latest proposal for development around the Benedictine Monastery didn’t receive much support from the 100 or so neighbors who attended a public meeting at the historic chapel on June 28.

Architect Corky Poster with Poster Frost Mirto, a local design firm that emphasizes preservation and sustainability, framed the proposal as being their last effort at compromise before the property and monastery itself is turned into student housing, allowed under the current zoning.

“Plan B is our firm is no longer involved with the project and it proceeds under current zoning,” Poster said.

With the space restrictions, it’s unlikely a developer could fit that many units on the property. To maximize earnings, the developer wants to get a tailored zoning, called a Planned Area Development or PAD, which would allow for taller buildings and other zoning changes.

Last night’s proposal had heights of 66 feet (six stories) on the north and south of the monastery and 45 feet to the east (four stories), with a total of 222 living units. The six-story sections would be five stories of housing units on top of one-level of parking. There would also be outside covered parking for a total of 331 parking spaces, of which about 100 would be for public parking for the monastery.

The owner and developer Ross Rulney is also in escrow for the property directly north of the monastery, which could be used for parking or more residential units.

Poster says the proposed high-end rentals, which would be one and two bedrooms, would be desirable for middle class people who can’t afford to buy in the neighborhood, but could afford about 80 percent above what other similar rentals are going for. For example, a one bedroom might go for around $1,300, he said, depending on where the market is at when the development is done.

The proposal also included a prohibition on group dwelling used for student housing and a public use for the monastery (coffee house, boutique hotel or spa were a few ideas). Poster said the avocado trees in the courtyard would stay, and there would be a study on the orange groves to save any that have a chance of thriving.


City Councilmember Steve Kozachik said the height is still too high, and that the new buildings shouldn’t rise above the bulk of the monastery, which located on Country Club Road, falls in Kozachik’s Ward 6.

“You don’t get to start with a ridiculous height, drop it down a little and say you’ve compromised,” he said. “Country Club is not the middle of New York City.”

Poster says that his firm and Rulney have made many concessions, but aren’t being met halfway. If the city okays a PAD, there’s required neighborhood participation, unlike if they build under current zoning.

Neighbors for Reasonable Monastery Development is a group of neighbors who formed to have a communal voice on the direction the monastery development takes. In a statement, they said the proposed towers are five times higher than the surrounding homes and would “obscure the monastery on three sides, dwarf adjacent houses and create traffic and parking problems for neighboring residents.”

“We support high-rise development in the right place—downtown, along major arteries, along the street car route—but not immediately next-door to single-family homes and not in a way that diminishes this beautiful historic structure,” the statement said. “This proposal is entirely wrong for this location.”

Rulney said there’s a strong possibility that if they can’t find a compromise, the whole site will become student housing. Even with the Historic Landmark designation that the city recently initiated, Rulney could still repurpose the inside of the monastery for student housing.

“We’re here because we think the greater community thinks we have a greater plan,” he said about the latest proposal.

But Kozachik says student housing is already overbuilt in Tucson, and a student housing developer would be unlikely to want to build out that site with the space restrictions. He said there’s still room for compromise at a lower height.

“I believe with more conversation, we can find that sweet spot where people can embrace it,” he said. 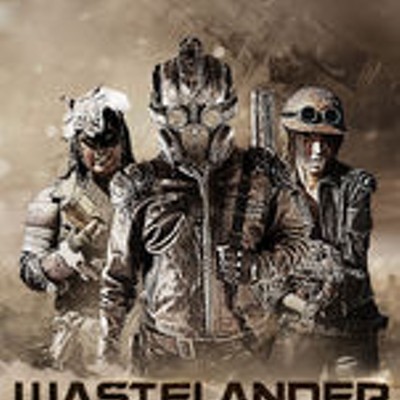 Claytoon of the Day: The Accomplice 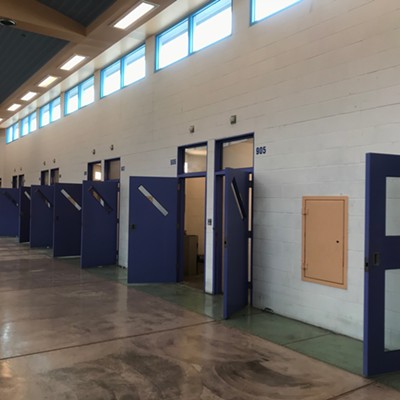