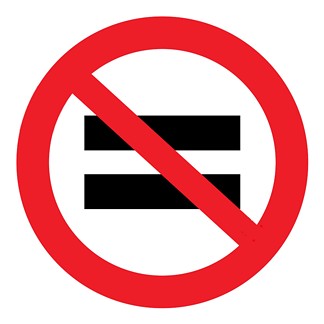 Sal jaywalks. Tom slips a candy bar in his pocket at a 7-11 and leaves without paying. Jim robs a bank. Chris kills someone in cold blood.

Sal, Tom, Jim and Chris are all criminals. They all broke the law.

So, if jaywalker Sal condemns killer Chris for the murder he committed, does it make sense to respond, "Oh yeah? You're a lawbreaker too, Sal. You're a fine one to talk!"

That is false equivalence at its essence: equating two things which share one quality but are far different in intensity. Offenses — whether they're related to crime, politics, lying, what have you — are not created equal. Pundits and politicians like to play the false equivalence game when someone is condemned for something they've done. "Oh yeah, what about ...?" Whenever that happens, we have to ask ourselves, are the two offenses close to the same in intensity? Or in frequency? A serial shoplifter is more deserving of condemnation than the one-time offender, just as a serial liar is a worse offender than the occasional liar. Here's the general rule of thumb when defining false equivalence: jaywalking and shoplifting aren't in the same league as bank robbery and murder.

Example. Recently, Trump lied more than a dozen times when he was talking to the press corps on the White House lawn. Lying is so reflexive with him, I'm not sure he can distinguish lies from the truth. A standard response from his supporters is, "Oh yeah, what about when Obama said you'll be able to keep your doctor if we pass the Affordable Care Act?" It's true, Obama lied when he said that, and he very likely knew he was lying in an effort to help pass the ACA. Do we have an equivalence here, Obama's ACA lie versus Trump's compulsive, corrosive, hateful, hurtful lying which he resorts to whenever he wants to "prove" his point or distort the reasons behind his policy? Absolutely not. Not by any reasonable standard of comparison.

But let's forget about Trump for a moment. When Obama was saying everyone could keep their doctor, which turned out to be true for many but not all people, Republicans were saying Obamacare included "Death Panels." "They want to pull the plug on grandma!" Republicans screamed. That lie was far more explosive and corrosive than Obama's, and it was never true. "Death Panels" was named Lie of the Year in 2009 by PolitiFact. Creating a "What about?" equivalence between Obama and Trump when it comes to lying is blatantly absurd. But even at the moment when the ACA was in the balance, the Republican lies about the program — there were many, "Death Panels" was the worst — far outstripped Obama's lie. They are not equivalent. Anyone who says they are is distorting the record.

Trump and his followers are screaming about Sarah Huckabee Sanders being kicked out of the Red Hen restaurant and Rep. Maxine Waters urging people, when they see Trump cabinet members, to tell them they're not welcome. Even some Democrats and non-conservative pundits are tut-tutting The Red Hen and Rep. Waters.

Are the Red Hen's actions and Maxine Waters' statement uncivil? You bet. Are they anywhere near the equivalent of what Trump and members of his administration have done? Not even close. So unless anti-Trumpers believe they have to turn every cheek they have, over and over, until their faces and asses are red and sore; Unless they think they have to be ten times more civil than Trump, starting with the first statements of his candidacy and continuing to the latest tweet—and more civil than Sarah Huckabee Sanders, and Jeff Sessions, and John Kelly, not to mention the Bannons and Lewandowskis of the world; Unless they think they will gain respect and votes from the electorate by demonstrating that they refuse to stand up for themselves against a man who puts the "bully" in "bully pulpit" in a way no presidency in history has ever done; Unless all that is true, people who are against Trump need to exercise their right to speak and act strongly, even harshly and uncivilly.

On one side: Trump and his administration have purposely ripped thousands of children from their immigrant parents, not even bothering to keep track of their whereabouts so families can be reunited. Their actions have caused permanent physical and emotional trauma to the children and unspeakable grief and worry to their parents. To add insult to injury, Trump has used his speeches and tweets to demonize immigrants regularly and relentlessly.

On the other side: A restaurant told Sarah Huckabee Sanders, a prominent, powerful, well paid member of the Trump administration, it would not serve her because of complaints employees made to the owner. As I understand it, and as I have seen posted on the outside many restaurants, The Red Hen has the right to refuse service to anyone. The exception is when the refusal is a violation of the customers' civil rights because it's based on race, religion, sexual orientation or similar type of illegal discrimination. Sanders fit into none of those categories. The Red Hen was well within its rights to refuse her service.


The worst thing that happened to Sanders is she felt insulted and was forced had to take her ample bank account and use it to buy food at another establishment. That insult does not come within a D.C. mile of the pain and trauma Trump has caused thousands of immigrants and Sanders has justified from her podium. There is absolutely no equivalence.

Maxine Waters made a statement whose focus has been mainly ignored. Waters referred specifically to "anybody from that Cabinet." Not every Republican congressperson. Not every White House staffer. Not every Trump supporter. Just a few dozen people who, beneath the president, occupy the highest positions of power in the country and are directly or indirectly responsible for the actions of the Trump administration which so many of us believe are a clear and present danger, destructive to the core principles of this country. Waters recommended when members of that exclusive group leave the sanctuary of the White House or their homes, people should "tell them they're not welcome anymore, anywhere." Waters used the term "push back on them," which some have interpreted as advocating violence but Waters clarified to mean verbal pushback, which makes sense in the context of her statement.

The worst thing that will happen if people follow Waters' advice is, a few dozen very privileged, very powerful people who can travel in the privacy of government limousines if they wish will be subjected to verbal derision when they step onto the D.C. sidewalks or walk into business establishments. People have been doing that well before Waters said anything, and it's a perfectly legal form of protest. The minor emotional injury cabinet members may suffer doesn't compare in any way with the harm they have done to others. There is absolutely no equivalence.
Anyone who wants to refer to the Red Hen incident or Rep. Waters' words should do it to say to their critics, "This is what you're yelling about? Are you serious? Let me tell you what deserves to be yelled about."

3 Great Things to do in Tucson Today: Wednesday, June 27 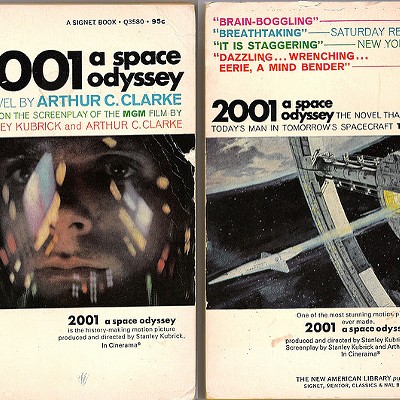