New Poll: McSally and Sinema Likely To Be This Year's Senate Match-Up

Let’s dive right in to a newly released survey from Emerson College with key polling of some of the big races in Arizona’s Aug. 28 primary election:

• Kyrsten Sinema and Martha McSally are shaping up to be the front-runners their respective primaries in the race for Jeff Flake’s Senate seat.

• In the governor’s race, Doug Ducey is easily outpacing his opponent Ken Bennett for the Republican nomination, but at the same time his approval rating is lower than President Donald Trump’s by 12 percent. On the Democratic side, roughly half the voters have yet to make up their mind, but David Garcia has the support of 30 percent of Dem voters, while Steve Farley is at a mere 13 percent.
click to enlarge

In the Senate race, it's not that surprising to see that Kyrsten Sinema, who represents Arizona's Congressional District 9 in Maricopa County, is at a dominating 50.5 percent while the other five Democratic candidates didn't break the 10 percent barrier. Deedra Abboud had 7.5 percent, Richard Sherzan had 3.7 percent, Cheryl Fowler had 3 percent, David Ruben had 2.5 percent and Bob Bishop had 2.2 percent. 30.4 percent of those surveyed were undecided.

On the Republican side, Martha McSally’s strategy of embracing President Donald Trump is paying off, putting her at a leading 32.3 percent over Kelli Ward with 19.4 percent and Joe Arpaio with 18.2 percent. There are also some dark-horse candidates who are having trouble getting onto the racetrack: Craig Brittain with 1.6 percent, Christian Diegel with 2.9 percent, Michelle Griffin with 2.1 percent and Nicholas Tutora with 0.9 percent. A total of 23.3 percent were undecided.

Amid swirling controversy over his new education plan and the suspected use of Twitterbots, Gov. Ducey is still leading over his opponent, former Arizona Secretary of State and current hard-right conservative Ken Bennett, by 22 percent. 34.8 percent of voters were undecided.

Spencer Kimball, the professor at Emerson College who supervised the poll, believes otherwise.

“We do use an innovative methodology of online and landline sampling,” Kimball said. “We happened to be cited by Nate Silver and fivethirtyeight.com last month as the second most accurate/trusted pollster, but everyone is entitled to their opinions.”

He also noted that Emerson College successfully predicted the outcome of Arizona’s special election in the Eighth District last April.

The poll also showed that among Democrats, David Garcia, the associate superintendent for Arizona’s Department of Education, has 30.2 percent of the vote among Democratic gubernatorial candidates. State Sen. Steve Farley has 13.2 percent and Kelly Fryer has 8.5 percent. A little less than a third—30.4 percent of voters—were undecided.

The survey’s education question seemed to reflect Arizona’s support behind #RedforEd, with 64 percent of voters agreeing that education in Arizona is underfunded. A much 8 percent said there was too much funding, while 20 percent took the Goldilocks position that the funding is “just right." Roughly 8 percent were unsure.

“My top priority will be making sure every child has the best shot at opportunity and the American Dream,” Garcia said in a press release celebrating his lead in the survey. “This means making sure our schools have the funding they need to be excellent and safe learning environments for all our kids.”

The survey was conducted between Thursday, June 21 and Friday, June 22, collecting responses solely from registered voters in Arizona in equal proportions in each Congressional District. After weighting for near-equal amounts of responses on both sides of the political spectrum, the number of respondents totaled to 650, half of which responded to an automated landline call and the other half from an online survey. The Bayesian Credibility Interval—similar to a margin of error—was +/- 4 percent. Of that 650, 30.3 percent were registered Democrats (BCI +/- 6.2 percent), 33.3 percent were registered Republicans (BCI +/- 5.9 percent), and 36.4 were registered Independent. 82.2 percent of the Democrats and 80.9 of the Republicans surveyed said they were likely to vote in the primaries on Aug. 28.

6 Great Things to do in Tucson Today: Tuesday, June 26 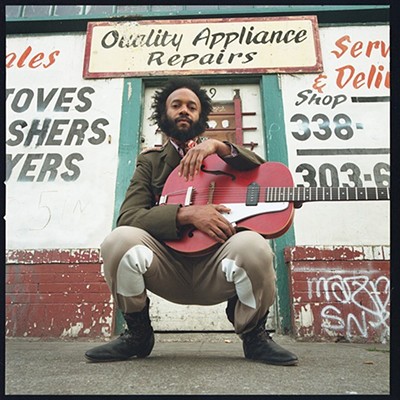