A Homegrown Candidate with an International Mindset 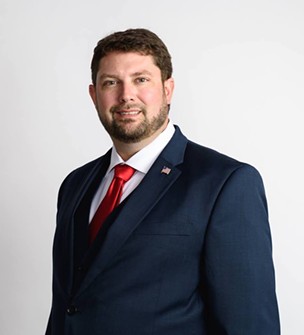 
Casey Welch is about as unconventional as a politician can get. He’s got quite the resume that ends with a bid for Martha McSally’s open seat in Congress this upcoming primary election.


Welch grew up near Page, Arizona in Vermilion Cliffs, when the population was just 25 people. But when he was still a young boy, his father began a job as a defense contractor and moved their family to Cairo, Egypt.


From ages 11 to 17, Welch attended school in Cairo and says he gained a good understanding of the world. He had classmates from dozens of nationalities and visited around 25 countries during that time.


After a few years of higher education at Marion Military Institute and Arizona State University, Welch joined the Peace Corps and set off to Nicaragua. While working there, he met his wife and got married, but couldn’t go back to the U.S. right away because of the backed up immigration system.


While waiting for immigration to process him and his wife’s green card, he started companies in Nicaragua that grew into national brands producing beef jerky, hot sauce and dog bones.


From there, because of his familiarity with Middle Eastern culture, Welch went to Afghanistan and was embedded with NATO forces and U.S. Army units. He worked to establish schools, hospitals, clinics, and other infrastructure in areas that were heavily impacted by the war. He said his job was to help civilians in the area create self-sustaining towns instead of turning to nearby terrorist organizations.


When he left Afghanistan, he took up another job with the Peace Corps in Colombia. Now, Welch recently moved back to Arizona with his family, this time in Tucson, to run for McSally’s seat.

“I’m only 41, and after living close to 20 years overseas and visiting over 60 countries, speaking three languages and [earning] three masters degrees, I come with a lot of experience,” Welch said. “A lot of different experience to seeing solutions to problems that people have not even tried or thought about looking at.”


Welch believes he is different from his opponents because he is not a “cookie-cutter candidate” and always thinks outside-the-box. He claims his experience in building up and managing businesses overseas has given him the expertise needed to represent Arizona’s second Congressional District and vote on bills that make it to the House floor.


High on Welch’s priority list is balancing the budget and promoting fiscal responsibility. Referencing next year’s pricey defense bill and the $323 billion in federal interest payments, he said, “You can go broke as a government, and it seems like that’s the route we’re definitely on.”


The 2018 National Defense Authorization Act provided about $640 billion in funding for the Department of Defense, which already exceeded the established spending cap. The proposed bill for next year has raised that amount again to about $674.6 billion.


The other item on Welch’s list is immigration policy reform. He believes that along with closing loopholes that still exist in federal law, the country’s foreign affairs funding, infrastructure projects and expertise should go to countries like Honduras and El Salvador.


Welch said based on his experience, valuable “soft power” engagement in those countries and surrounding ones could stabilize their communities and give immigrants and asylum seekers less or no reason to leave in search of a better life.


“We’ve turned our back to Latin America,” he said. “In the past 15 years, most of our money and focus has been on the Middle East and we have not paid any attention to Latin America, and we’re seeing the outcome of that right now. It’s playing out on our TV every morning.”


It is worth noting that Welch is not a career politician; he thinks the environment of politics has too much negativity surrounding it. However, he believes this is his chance to make a difference. Welch said he could bring something new to the table because he won’t be concerned about future elections, campaigns or polling numbers.


“I can honestly say this is the only time I will ever run for office,” he remarked.


You can learn more about Welch on his website, www.caseywelchforcongress.com