Kathleen B. Kunz
LD-3 Democratic candidates speak with audience members after a public forum on May 30, 2018.

Andrés Cano was seven years old when environmental activists fought for his grandmother. She was poisoned by beryllium inhalation from a manufacturing plant in South Tucson during the early 1990s.


Betty Villegas was just out of high school when she and her friends drove people without transportation to the local polling place to cast their votes.

Sen. Olivia Cajero Bedford was settled into her third career in the tourism industry when she was exposed to the legislative issues of the time, which inspired her to change her career once again.


These events were the seeds that rooted a passion for public service in the three of the Democratic candidates for Arizona’s 3rd Legislative District, who spoke at a community forum hosted by UNITE HERE Local 11, CASE Action, Living United for Change in Arizona (LUCHA), Progress Now Arizona, Our Voice Our Vote (OVOV), Mi Familia Vota and Arizona Wins.

These are advocacy organizations and labor unions that work to further the goals of underrepresented communities. By working as a coalition, the groups have established a series of town hall meetings to discuss important statewide issues in anticipation of the Aug. 28 primary election.

The theme of the evening was definitely civic engagement. Gathered in the International Brotherhood of Electrical Workers meeting hall, a few dozen people made up the audience and about half were already members of the advocacy organizations, who spend their days going door to door asking Arizona residents which political issues matter to them.


“The work that you’re doing right now, knocking on doors in 100 degree weather, is exactly the type of conversation that we need to invest in,” Cano said in his opening remarks. “When I’m talking to people at their doorsteps, they say ‘Gosh this is the first time a candidate has knocked at my door.’ And I think we’re going to change that in 2018.”


Cano said that LD-3 is a special place in Southern Arizona and needs to be protected. It includes the University of Arizona campus, the downtown area, several historic neighborhoods and the Pascua Yaqui Nation. He is running for an open seat in the House, since Rep. Macario Saldate is on his last term and Rep. Sally Ann Gonzalez is running for a seat in the Senate.


Cano spoke with a smile on his face about officially filing for candidacy on May 14, his 26th birthday. Echoing the frustrations of voters in the district, Cano said Arizona’s Democratic party has not paid enough attention to young people, Latino people and working families.


Cano, Villegas and Bedford all agreed they want to make the state and federal resources readily available to the Tucsonans that need them. Some of the audience members voiced their personal issues regarding health care and low-income housing, and all three candidates jumped to write down their information and get them in contact with the right people.


Villegas, who is running for an LD-3 Senate seat, said her campaign is focused on housing reform. For 17 years, she served as the Affordable Housing Program Manager for Pima County. Villegas said there’s no one in the current Arizona legislature who has experience with affordable housing issues.


“In District 3, 50 percent of the people are paying over 50 percent of their income towards housing expense,” she said. “It’s not going to be too much longer before we’re another San Diego. The cost of housing is continuing to go up, and we need to find new ways of trying to help and trying to cut that."


Villegas is also a long-time local volunteer who has served on numerous commissions in the Tucson area. She said those experiences gave her an deeper understanding about her community before she ran for office.


“It’s so important to be civically engaged and community engaged. It gives you a voice at the table, and as a Latina, we are sometimes missing at that table,” she said. “On the historic preservation commission, I’m the only person of color there. So I’m constantly telling the people that appoint me and that appoint others: ‘We really need to get a more diverse commission.’"


Bedford is running for another seat in the House for LD3, since she is hitting her term limit as a state senator. Having served as either a state senator or state representative since 2003, she believes being present at community forums like this one is an important part of her job and she attends around 50 each year.

Wearing that familiar red Arizona Educated United T-shirt, Bedford was vocal about her frustration with Gov. Doug Ducey and his failure to support public education in Arizona. She said the state’s low rankings in education funding motivates her to keep running for office.


Villegas agreed that education should be a first priority in all budget discussions going forward.


“We need to build a strong coalition as elected officials, as elected Democrats, and we need to say to them that we are not budging on anything else until this education issue gets fixed once and for all,” she said. “Our community is demanding that we do that. They are ready for us to do that.”


Cano chimed in on this topic and said the fact that both Maricopa and Pima community colleges get no money from the state government is a travesty, adding that business leaders, who are often Republicans, tell him they want to see more funding for higher education.


“They realize that what we have to do if we want to move folks into good paying jobs and have a good workforce where we can track investment from small businesses to big businesses—it’s education; it’s workforce development.”


If the initiative qualifies for the November ballot and is approved by voters, 60 percent of the expected $690 million in tax revenues will go toward raising teacher salaries and the remaining 40 percent will go toward improving public school and educational operations.


On Monday, June 25 there will be a debate between all Democratic candidates running for Arizona House and Senate seats from 6 to 8 p.m. in the Sabino Room of the University of Arizona Student Union Memorial Center at 1303 E. University Blvd. 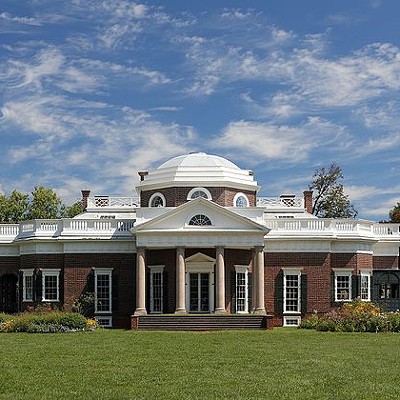