Know Your Product - The Sword

The Sword’s general approach to music is a proven method of success: Driving, heavy guitar that pierces through a wall of crashing cymbals and snares, all the while soaring vocals keep the whole thing afloat. This might seem derivative, but when it's combined with imaginative songwriting and vastly conceptual albums, it’s a force to be reckoned with. Singing songs about chronomancers, wolves and goddesses, they pull obvious influence from bands like Black Sabbath, but their modern production techniques make their sound all-original. They’ve moved through multiple classic rock motifs in their time. From their fantasy-themed debut Age of Winters, to the unapologetically badass science fiction of 2010’s Warp Riders. It’s as if The Sword was trapped in stasis since 1975, and only got more awesome for every year they waited to break free.

Absolutely flawless record - I remember being totally confused by it initially because it wasn't as straightforward as their first album, United. Still funky though quite a bit darker than I expected, it took me a while to understand it but once I did I was rewarded with a beautiful piece of art. I love all their albums, they are an amazing band.


Fiona Apple When The Pawn...

Fiona Apple's second album is also one of my favorites - a Jon Brion produced, Rich Costey engineered slab of sonic goodness. The songwriting is dark, the delivery is dramatic, and the arrangements are next level - dense in the right way. 10/10 - guaranteed to get you over a bad relationship in six listens! 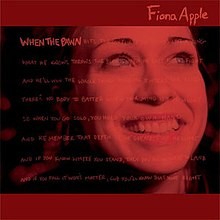 Steely Dan are the baddest, period. It's perfect music and you can't deny that - don't even try, it's been proven to be fact. Listen to Green Earrings and try to not get taken by it - I DARE YOU. The drum break that starts at 02:01 into the guitar solo, get outta here. It's untouchable. 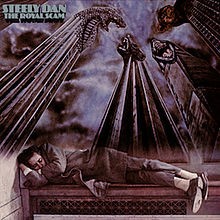 I can’t imagine what it would have been like to been in Blondie or the Ramones and have Television as a peer. Marquee Moon is a total stunner - song writing and playing is well beyond what anyone else was up to at the time. All the guitar oriented indie rock bands of the early aughts, they owe some ducats to Television. It's really raw, and at times feels like it's about to bust but that's part of the magic of this record. 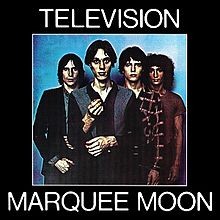 I wanted to put something French on here, Daft Punk, Justice, Air, Breakbot, Alan Braxe, it was a hard choice but this Yelle record is rock solid from front to back. High energy, very tastefully done pop music. It's the kind of music I imagine people would listen to in a post-apocalyptic disco that's covered in dust. 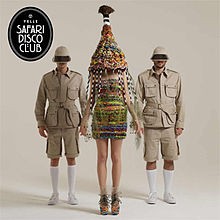 The Library is Here for Everyone: LGBTQ+ Programming a Top Priority