UA, ASU Libertarian Schools Are Growing Fat On Money From the Government They Despise (It's Much Worse Than I Thought) 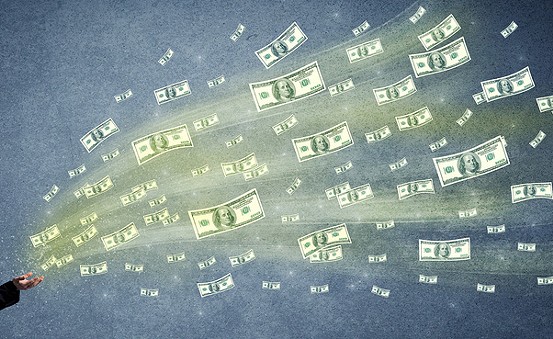 Courtesy of BigStock
Here's something I never thought I'd say. Arizona is throwing money at education.

I'm not talking about the K-12 budget. The raises for teachers still leave them far behind the national average. The rest of the public school funding is ridiculously low as well, and it will stay that way as long as Republicans control every part of state government.

No, I'm talking about the state throwing money at the libertarian outposts at University of Arizona and Arizona State University. They've received so much state funding, they don't know what to do with it. Literally. Both have multimillion dollar surpluses from the past two years. And there's more where that came from in next year's budget.

I've written a lot recently about the UA's Center for the Philosophy of Freedom (aka, the Freedom Center) and the Department of Political Economy & Moral Science. In the process, I've talked a bit about the money they've gotten from the state budget, but I found out this morning I've failed in my attempt to follow the money, as have many media outlets I've been reading. I'm going to do my best to get the budget numbers right here. If my explanations are a bit garbled, forgive me. This old English teacher is doing the best he can. And if I don't get it 100 percent right, I guarantee it's far closer than what I've written before.

Thursday, the Star ran an article, Conservative centers at UA, ASU will get $7.5M more amid surpluses. It's an edited version of a piece of investigative reporting by Jim Small, executive director and editor of the Arizona Center for Investigative Reporting. The funding numbers Small reports astounded me. I had written that the Freedom Center received $2 million in 2017 and is set to receive another $1 million in the current budget — $3 million total. Small puts the figure at $5 million over the past two years and another $3.5 million in the upcoming budget, for a total of $8.5 million. ASU's School of Civic and Economic Thought and Leadership has received even more, a total of $10.5 million counting next year's allotment. They literally don't know how to spend it all, according to Small. UA's libertarian outposts will have $5.5 million left over at the end of this fiscal year. The ASU department will have $4.25 million remaining.

I called Jim to try and understand how his budget figures are so much higher than what I've arrived at using a combination of government documents and media reports. He explained that baseline budgets are sometimes ignored when people report a budget item. True, next year's budget has a $1 million dollar expenditure for the UA programs, but, according to Small, that's on top of a $2.5 million baseline. That means the UA programs are getting $3.5 million total for the 2019 fiscal year.

He sent me a link to the 2018 baseline budget for UA created by Arizona's Joint Legislative Budget Committee (JLBC). The numbers basically confirm what he wrote. Here's a screen shot of the Special Line Items in the budget. I've highlighted the money for the Center for Philosophy of Freedom.

The three columns of numbers list the actual amount spent in the 2017 budget, an estimate for 2018 and the baseline for 2019. The 2017 figure is less than Small indicated — $779,800 rather than $1.5 million. The estimated budget for 2018 is $3.5 million. The baseline for 2019 — that is, the starting figure before additions in the budget — is $2.5 million. Adding the $1 million allocated in the budget just passed by the legislature, UA's Center for Philosophy of Freedom will receive a total of $3.5 million for the 2019 fiscal year. Put that together with the previous two years' budgets and the total is $7.8 million, a bit lower than Small's $8.5 million figure but still more than twice what I have stated in earlier posts.

Here is the JLBC 2019 baseline budget for ASU for anyone who wants to go through the three year budget for the School of Civic and Economic Thought and Leadership.

While I'm correcting my errors in previous posts, let me add one more. I wrote that $100,000 of UA's $1 million funding was for developing K-12 curriculum. I was wrong. It's not UA. It's ASU's School of Civic and Economic Thought and Leadership with the $100,000 pull-out, to be used "to support research on the Arizona state constitution and the development of a civics and constitutionalism curriculum for K-12 and postsecondary education institutions." In other words, ASU's libertarian outpost will be getting into the K-12 education game begun by their colleagues at UA.

I have to wonder how a group of small government academics who talk and write so much about morality and ethics — after all, the UA department's name includes the words "Moral Science," and its high school course is called Ethics, Economy, and Entrepreneurship — can morally and ethically accept so much money from the state without blushing, or without being morally weakened by depending on the state's redistribution mechanisms.

Maybe this anecdote will help reconcile taking money from a government you think spends far too much. Ayn Rand, the pop icon of libertarianism, received Social Security payments and Medicare benefits during her senior years. How did she reconcile sucking at the teat of the welfare state she despised? It goes something like this. Since the two programs already indulged in legalized plunder of her income in the form of payroll taxes, she was fine taking it back, even if her takings exceeded her contributions. According to Rand, it's OK to take the money if one "regards it as restitution and opposes all forms of welfare statism."

I'm sure the staff at UA and ASU's libertarian outposts are enraged at the thought of paying "legalized plunder" in the form of state taxes. So I guess, in the spirit of Ayn Rand, they think it's perfectly OK to take it back, and then some. Just call it restitution.

Laughing Stock: Overstock! So. Much. Comedy.

Invisible Theatre's 'Prodigal Son' Is a Fun but Flawed Play