The teacher demonstrations, walk-ins, walkouts and strikes around the country are playing pretty well with the public. That surprises and encourages me. Republicans have led a decades-long onslaught against teachers, beginning in earnest with the "Our schools suck!" rallying cry from the Reagan administration in its 1983 report, "A Nation At Risk." It was a blatantly political scare screed about how terrible our schools—and by extension, our teachers—are. So terrible, they might as well be a Commie plot to destroy our country. Here's the money quote:


"If an unfriendly foreign power had attempted to impose on America the mediocre educational performance that exists today, we might well have viewed it as an act of war."

It's been wall-to-wall anti-public education, anti-teacher, anti-teachers union grandstanding from Republicans ever since.

And yet, public sentiment over the past month has been generally favorable to teachers' demands for better pay and increased school funding. If a savvy politician like our own "[not] Education Governor" Ducey is forced to concede that teachers might have a point, that maybe they deserve a pay raise twenty times higher than what he proposed a year earlier, you know Ducey knows the public is siding with teachers.

I guess the Republican onslaught hasn't been as successful as they hoped. Oh, it's had an impact. In the late 1980s, I was honestly shocked by the growing level of anger directed against my profession—generally parroting conservative talking points — the likes of which I hadn't experienced in my previous 20 years of teaching. But in spite of that, teachers still garner a great deal of respect.

A few recent polls tell the tale. A story in Education Week pulls together the numbers.

There's a Gallup poll from last December where people were asked to "rate the honesty and ethical standards of people in . . . different fields." Grade schools teachers rank third, behind nurses and military officers, with 66 percent of people giving them a high or very high rating. Doctors are close behind with 65 percent, then pharmacists at 62 and police officers at 56. Far lower: Judges, 43; Clergy, 42; Reporters, 24; Members of Congress, 11. Teachers are still held in high regard by the general public.

A 2017 poll from Education Next tells a similar story. When people are asked to grade the public schools in their community, 54 percent give the schools an A or a B. The number goes up to 62 percent for parents. To my surprise, grades from Democrats and Republicans are nearly equal. Not surprisingly, however, the numbers plummet when people are asked to grade public schools in the nation as a whole. People have always thought their neighborhood schools are better than schools in general. The general public gives an A or B to 23 percent of the nation's schools, with parents slightly higher at 27. This time, Republicans come in 10 points lower than Democrats.

When it comes to teacher pay, it depends on how you ask the question. A recent Rasmussen Reports poll has 62 percent saying teachers are paid too little, the highest number since 2008. But when the Education Next poll asked if teacher salaries should increase, only 36 percent said yes. It's easier to sympathize with "poor but honest" teachers than it is to pay them what they deserve. We'll see how that works out for teachers in the weeks and months ahead.

All this means teacher activism is falling on favorable ears. That gives educators a bit extra leeway to push the envelope with their demands and to inconvenience parents with their walkouts.

Let’s Get Small: The Latest In Edible Technology: Nano-Emulsification 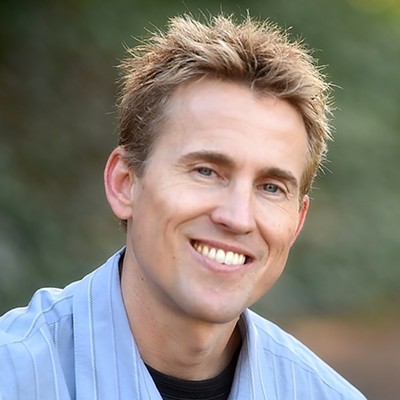 Know Yourself! Know Your Rights! Teens to Gather at Joel D. Valdez Main Library to Connect with Activism, Art, Each Other

Where Have All The Teachers Gone? (Long Time Passing)