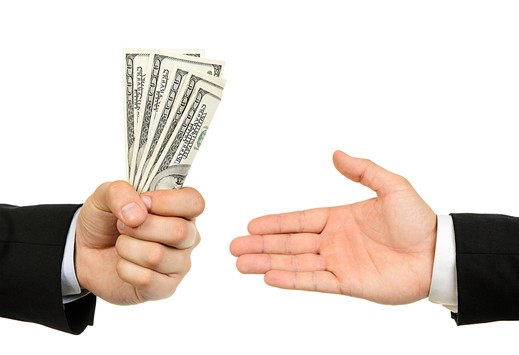 Courtesy of BigStock
Follow the money, or as much as you can find, anyway. Always good advice.

The University of Arizona recently responded to a records request from Kochs Off Campus to list all funders of the Freedom Center since 2008 and the amount each contributed. It doesn't appear to be a complete list, but it paints a picture of the political and economic leanings of the people whose money makes the Center's existence possible.

The UA response to the Kochs Off Campus request lists 14 donors whose contributions total $8,325,000. That number is far short of what Michael McKenna, then the director of the Freedom Center, wrote in a November 2, 2017, response to my column about the high school course created by the Center. McKenna wrote,


According to [David Schmitz, founding director of the Freedom Center], since 2004 the Center for the Philosophy of Freedom has received $16 million dollars from roughly two dozen donors.

The reason for the discrepancy could be the dates. Kochs Off Campus asked for a list of donations beginning in 2008 while McKenna begins in 2004. David Schmidtz is in the best position to reconcile the two figures. In an article in UA's paper, The Wildcat, the reporter said Schmidtz promised to share a donor list with the paper, but at the time of publication, she had not received one. Maybe Schmidtz is ready to share a complete list now.

Here's the list of Freedom Center donors supplied by the UA.

I looked into some of the major funders to find their political and economic leanings. Not surprisingly, they tilt to the political right. Many of them tend toward libertarianism, and their contributions, along with their ideology, follow closely on the heels of the Koch brothers. Here's what I found.


Charles G. Koch Foundation: $1,345,500
Charles, half of the Charles-and-David Koch brothers team, is well enough known not to need any introduction. People in the Freedom Center point to his reasonably small contribution to the Center as an indication that he doesn't wield much power and influence, but other donors' ties to the Koch brothers indicate otherwise.

Randy and Ken Kendrick: $1,500,000
Ken is a co-owner of the Arizona Diamondbacks. His wife Randy is a lawyer and a one-time Goldwater Institute board member. The two of them are million-dollar-plus contributors to the Koch Donor Network. Randy was the prime mover behind the anti-Obamacare campaign mounted in conjunction with the Kochs. She helped create the Center to Protect Patient Rights, which consisted of a mailbox in a Phoenix-area post office. By 2010, the CPPR amassed a $62 million war chest.

Templeton Foundation: $2,900,000
The Templeton Foundation's $2.9 million grant funded the creation of the high school course, "Ethics, Economy, and Entrepreneurship,” created by the Freedom Center and currently offered in four local school districts as well as a number of private and charter schools. The statements on the Foundation's website concerning entrepreneurship and "economic freedom" mirror those espoused in the high school course.

Thomas W. Smith Foundation: $1,326,000
The Thomas W. Smith Foundation is "dedicated to supporting free markets, [and] has started paying for scholarly centers on campuses," according to a member of its board of trustees. One of its contributions was $600,000 to Wake Forest University's School of Business in North Carolina.  According to the University, the money will be used for "the exploration of the proper relation among business, government, and society." According to the executive director of the BB&T Center for the Study of Capitalism, “This gift will sponsor courses to explore what the moral purpose of business in a just and human society means to us and future generations.”

Donors Trust: $380,000
According to its website, the Donors Trust makes grants to groups which "promote the foundations of civil society: limited government, personal responsibility, and free enterprise." Since it was founded in 1999, it has granted "over $900 million to over 1,600 charities." The Trust keeps its donors' identities confidential, which is why a Mother Jones article refers to it as The Dark-Money ATM of the Conservative Movement. The Koch brothers contribute to the trust, which turns around and grants money to Koch brothers-connected organizations like Americans for Prosperity, the Cato Institute and the Heritage Foundation.

APGAR Foundation
The APGAR Foundation donated $165,000 to Strata Policy, which promotes fossil fuels at the same time it advances an anti-renewable energy agenda. The Charles Koch Foundation also gave to Strata Policy—more than $2 million. APGAR contributes to Florida Gulf Coast University which specializes in the ideas of free-market capitalism, where "every student who majors in economics and finance gets a copy of Ayn Rand's novel, Atlas Shrugged." The Charles Koch Foundation also contributes to FGCU.

Interview with a Robot