The brain named itself. And then a few thousand years later it gathered with a bunch of other brains in the foothills above Tucson and decided to have a big talk about just what the hell was going on.


The 25th annual Science of Consciousness Conference is underway, and with it, some of the brightest and most far-out minds on our planet are converging to discuss topics such as the evolution of language, the origin of life, psychedelics, metaphysics, artificial intelligence and much more.

The opening ceremony began with dual-keynote. First, Jean-Pierre Changeux of the Institut Pasteur & College de France delivered a discussion where he asked a question of the mind which set the tone for the entire evening:


“How can we conceive this extraordinary complexity [the mind] in simple numbers?”


Easier said than done. Even putting the mind into numbers gives staggering results; there are about 70 to 80 billion neurons in the human brain, and about 10^15 synapses (1 quadrillion) synapses. But fear not, because Changeux followed this up by giving his view on the mind:


“Our brain is a chemical machine and nothing else,” Changeux said. “There are no mysteries, but there are a lot of unknowns.”


Next, philosopher, linguist and UA professor Noam Chomsky delivered a talk on the remarkable properties of language. He described how one of the most remarkable properties that separates humans from animals is that humans have the alphabet: a series of only 25 to 30 sounds that can describe an infinite variety of concepts and all the secrets of the mind and soul.


“It is an infinity of expressions from a finite number of symbols,” Chomsky said.


Chomsky referred to the mind as a “discrete infinity,” in that our brains are just about all-powerful, yet the tools of how they work are so subtle and rarely understood.

For the next few days, terms like “synaptic efficacies”, “extracerebral” , and “epigenetic variability” will be thrown around. If those words confuse conference patrons now, after a few days of intricately detailed lectures, they should be simple as A-B-C… right? 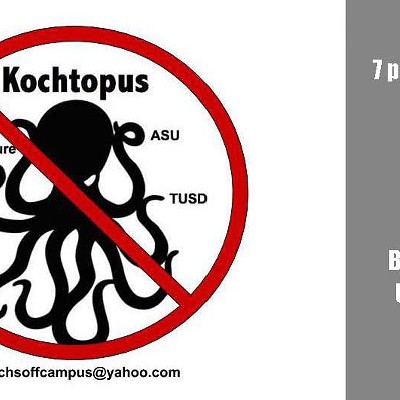 Claytoon of the Day: Ensnared By Sinclair 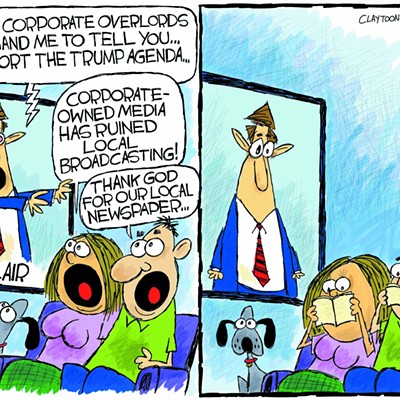