Emily Dieckman
Luna Lee on the Gayaegum
Our boss, Jim Nintzel, wasn’t wrong when he wrote in his last blog entry that the there’s lots of good girl power vibes at this year’s SXSW. Today, we saw Luna Lee, in all the way from Korea with her traditional (and insane looking) Korean string instrument, the Gayaegum. She started her set with a traditional Korean tune, but was really in her element playing pieces by the likes of Nirvana and The White Stripes. Between watching her fingers fly across the strings and hearing her announce cheerily “Let’s go!” before every song, it was hard not to love her.

But the guys came through today as well. Two of my favorites? Chihuahua, Mexico’s Coma Pony and Hawthorne, CA’s Cuco. 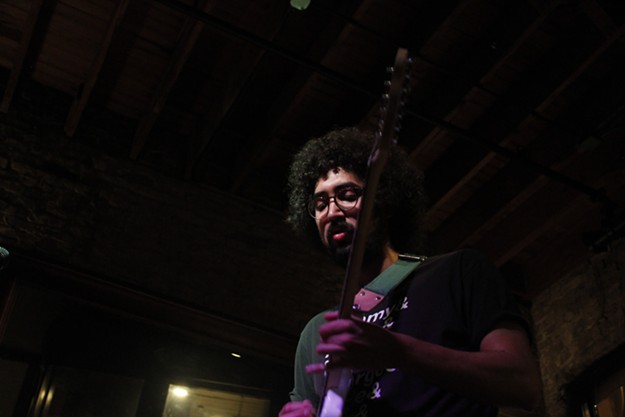 Emily Dieckman
Coma Pony guitarist Marco
Coma Pony has been around since 2011, if you include a hiatus of about two years in the middle. Their 2016 breakout hit was “En Doming Las Niñas Van A Jugar al Parque.” If you don’t speak Spanish, no worries—they’re an instrumental band that somehow makes dreamy math rock that’s completely groovy. Audience members were dancing throughout the set, and the guitarist—a guy named Marco with an enviable afro—was rocking out so hard that his glasses flew off at least five times. (He said afterwards that, despite his rocking out with wild abandon, he’s never broken them because he’s very, very careful.) 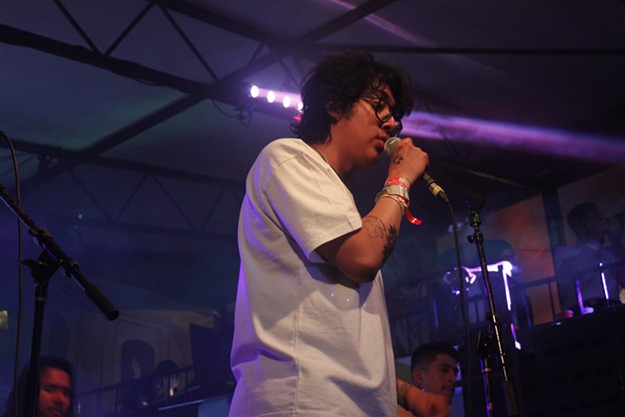 Emily Dieckman
Cuco at the Mohawk
Cuco, or Omar Banos, is 19, and he’s on the rise. It’s hard to write about him without using the word “heartthrob.” Girls in the front row are losing their minds as he sings “Baby don’t trip, I’m coming home. Kick it with me—I don’t care if the sun is gone.” But he had more to offer than boy band-esque lyricism and charm. His show was fun. There were colorful projections on the wall behind him, he joked around with the audience and he even pulled out a trumpet few times. (What's more fun than a trumpet?) Perhaps his fun, mildly self deprecating humor is best summed up by his Twitter handle: @Icryduringsex