It all comes down to numbers, but the most important numbers in the state audit of Tucson Unified School District revolve around its shrinking enrollment. If the district's student enrollment numbers stabilize—or, better, increase—the problems with spending, which are significant but not major, can be eased without great difficulty. If the district can't reverse its enrollment slide, other fixes aren't going to matter much.

I'll go over the main points of the audit. If you want to go to the source, here's the entire TUSD state audit, and here are the report highlights. Hank Stephenson's article in the Star does his usual good job covering the issue, though, damn it . . .

[WARNING: Rant Ahead.] I am really tired of the Star's standard "If TUSD bleeds, it leads" headline and opening. The audit and the Star both present a nuanced analysis of district's spending issues, giving valid reasons for some of the expenditures, but you wouldn't know that from the paper's head and the first 70 words. The headline: "Audit slaps TUSD on high costs for administrators, underused schools." "Slaps." That stings. All that's missing are three big red exclamation points to hammer the point home. Next comes the one-two punch of the opening paragraphs reinforcing the "TUSD: Bad!" theme. After that, the article adds nuance, but by then the initial district damning has already set the tone, adding unnecessarily to the community's negative perceptions of the district. [Rant completed. We will continue with the previously scheduled topic.]

Tucson Unified's enrollment has been declining for years, from about 61,000 students in 2000 to around 45,000 currently. The enrollment drop has slowed in recent years, but it hasn't stopped. The result is underused schools, which means higher building costs and more school-based administrators per student than if the schools were at capacity. If enrollments continue to decline, it's going to be hard to resist another round of school closures, which will accelerate the downward spiral. If enrollment numbers rise, other problems will diminish.

Superintendent Trujillo has told me reversing the district's downward enrollment trend is high on his list of priorities. This is his first year at the helm, so it will take time to see what kind of changes he has in mind.

Most of the other concerns in the audit have to do with Tucson Unified's spending more than similar districts at the same time its achievement levels are lower.

The audit gives the district's average scores on state tests, which are lower than those of similar districts. I did some research teasing apart the data and found a surprisingly wide variation in the scores on state tests among the district's schools with similar socioeconomic makeups. Some are among the highest scoring schools with similar characteristics in Southern Arizona districts. Others are among the lowest. It's a serious problem. More state funding for remediation and teacher training would help, but even without that, the district needs to put significant efforts toward addressing the situation.

Most of the spending problems have a "Yeah, but" attached to them.

The district has higher administrative costs than other districts. The salaries are similar in school and higher level administrative positions, but they're high in middle level positions, partly due to earlier professional development programs which boosted salaries and the amount of time those administrators have been in the district. Beyond salary issues, Tucson Unified has more administrators per student than in other districts, but many of them are required by the extra planning and oversight demanded by the district's desegregation plan.

The Skinny: Out of political spite, Ducey blocks opportunity to get vaccines to low-income and minority neighborhoods


Those extra deseg-related costs don't mean the plan's costs are depleting district funding, by the way. Deseg brings in an extra $63 million a year which more than covers its added administrative and transportation costs. Financially, deseg is a net plus for the district.

Tucson Unified also spends more than most other districts on plant operations, for a few reasons. Many schools are below student capacity, which means the cost per student goes up. Also, the district has lots of very old buildings which tend to more inefficient and in greater need of upkeep than newer schools.

Increasing student enrollment is an uphill battle, and it's the biggest battle the district has to fight if it wants to maintain financial stability. Charter schools continue to drain students away from the district. Some parents choose to enroll their children in other districts, which means TUSD-area students move to schools in the high rent areas like Catalina Foothills and Vail. And private school vouchers are a smaller but significant issue in the district's declining enrollment.

Tucson Unified's challenge is to figure out how to fight its way uphill. 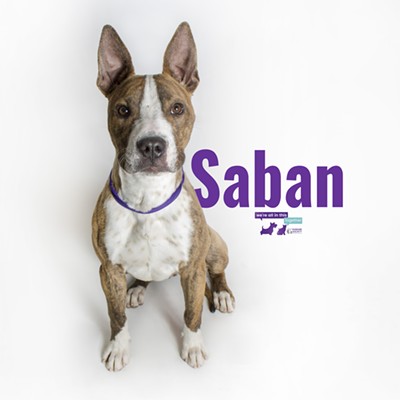 The Tip-Off: Rawle Alkins leads the Wildcats into the NCAA Tournament in Boise 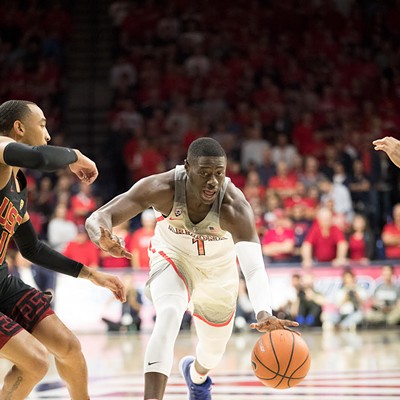