When I first read about a 12 year old African American student being sent home from Teleos Preparatory Academy because his hair was braided, I dismissed it as little more than a dress code, or hair code, story.

Teleos charter is part of the Great Hearts charter chain which has 23 schools in the greater Phoenix area. The schools say what clothing and hair styles are acceptable in their handbook, and if students violate the rules, they're sent home. At Great Hearts, boys aren't allowed to have shaved heads, Mohawks, rat’s tails, pony tails, or braids. They also can't have long hair or dye their hair in non-natural colors.

As the story developed, I realized I was suffering from a case of white blindness. All the other prohibited hair styles are societal statements or personal fashion choices, and reasonable people can debate whether or not they're appropriate in a school setting. But hair braids are part of an African American cultural tradition, and to deny that hair style is to disrespect the traditions and culture of a group of people who have suffered disrespect and far worse since they set foot on this continent. So this is more than a generic dress code issue. Hair braids for an African American male are a different matter entirely from the other prohibited choices.

After first defending the school's actions to the press, the superintendent of Arizona's Great Hearts charters reversed course and issued a statement saying the student is welcome at the school, braids and all. "This event has triggered an internal review," the statement said, "to determine what changes may be needed to ensure this policy is sensitive to the cultural diversity we are proud to have in our academies."

Great Hearts deserves credit for doing the right thing in this case. But there's more to the Great Hearts story which puts this example of racial insensitivity in perspective.

Much like the BASIS charter school chain, Great Hearts charters generally have a rigorous academic curriculum and cater to high achieving students. In most of their Phoenix-area schools, the vast majority of the students are Anglo and Asian. The one exception is Teleos Preparatory Academy where the student's hair braids became a problem. Teleos is 6 percent Anglo and 1 percent Asian. Most of the other students are African American and Hispanic.

Schools with predominantly Anglo and Asian students aren't unusual, nor are schools with predominantly African American and Hispanic students. But the Great Hearts idea of diversity makes this a deliberate choice. The charter chain believes its schools should be separate but . . . I don't want to say "separate but equal," since the achievement scores for Teleos are significantly lower than those of its other schools. Let's just say Great Hearts believes in separate schools for different ethnic and economic groups. The proof comes from its unsuccessful attempt to open a school in Nashville, Tennessee, in 2012.

Great Hearts board President Jay Heiler said the problem was, Nashville has a different definition of "diversity" than the charter school chain.


"We have schools that land all over the map [in Phoenix]," Heiler says. "Some would be serving very middle-class folks by and large, we have one inner-city school that serves ethnic minority kids, and we have another one that would open that would be similar to that. In Tennessee it seems like there was more of a focus of bringing diversity into each school, whereas here we try to serve a diversity of communities."

When charters open new schools, they can locate them where they want. Schools can be built within walking or easy driving distance of various neigborhoods with a diverse ethnic and economic mix. But that's not the Great Hearts way. The chain has a consciously segregationist view of diversity. So long as differing communities are served in different locations, Great Hearts says its school are diverse.

I plead guilty to white blindness when I first read about a student being removed from school because of his hair braids, but it was unintentional blindness. Given Great Heart's history, it looks like the charter chain's cluelessness in racial matters is more intentional. True, the chain corrected the hair braid situation, but only after defending the policy and seeing that the story wasn't going away. Its "diversity" policy of setting up separate schools for different racial and economic groups indicates the chain still has a lot to learn. 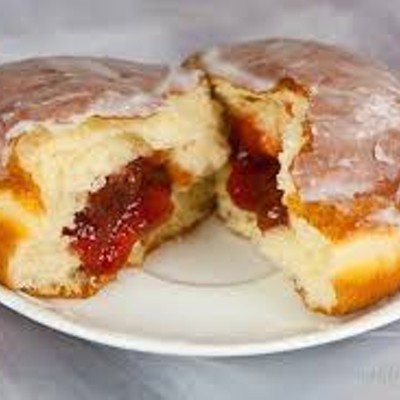 Ducey's 'Education Budget,' Part 2: 17 Percent of Schools Will Get A Big Bonus (Hint: It Helps to Have Lots of Rich Kids)