When it comes to metal band names, you generally want to pick the biggest and/or baddest names possible to compete with competition. So what’s bigger than a mammoth? And what’s badder than grinding that titanic monster down into a fine dust? Mammoth Grinder fuse the particularly chaotic styles of American death metal and hardcore punk into relentless sonic fury. They take the groovy brutality of old school metal (they really do keep a grip with the past, just look at their fantastical album covers) and combine it with the aggression of contemporary hardcore. Mammoth Grinder is playing at Club Congress on Feb. 13. Doors open at 7. Be sure to bring your steel-studded leather jacket.

Koro - 700 Club EP
This is the record that got me into hardcore punk. I was constantly searching for heavier and faster music but never had someone steer me in the right direction until I made friends with this kid in my high school physics class. He asked me what I listened to, told me all of it sucked, and sent me this record along with Poison Idea - Pick Your King and a few others.

Insect Warfare/Hatred Surge Split 7”
That same friend in high school dragged me to see these two bands playing a tour kickoff down the street from where we lived in Houston. I was totally blown away and had never seen drumming like that before. From there I discovered a lot of other grind bands from Houston that were a huge influence on me when we started this band.


Discharge - Hear Nothing, See Nothing, Say Nothing
This is straight up the best and baddest and if you can’t feel me on this then you can go suck a lemon.

Master - S/T
Master was one of the first US death metal bands and also an immediate favorite of mine. Their songwriting is similar to Discharge and other hardcore punk bands from the time, but their style is totally death metal - an idea that I stole and turned into this band, thanks Master.

ZZ Top - Eliminator
What came first, cruising in a dirty van down the highway, or Eliminator? No one will ever know. 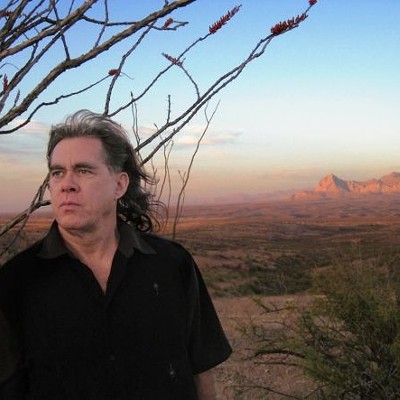 XOXO: Where To Rock This Weekend!