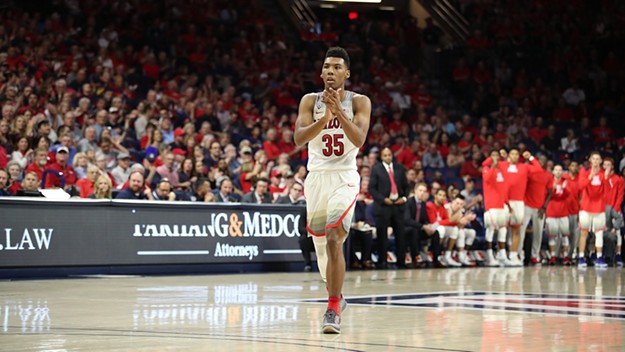 The 91-year-old enclave known as Hec Edmundson Pavilion has been a house of horrors for the Arizona Wildcats over the years.

The gym, which sits on the scenic shores of Lake Washington—catty-corner to the University of Washington’s freshly-renovated football stadium—has haunted some of Arizona’s best teams.

They entered the old Hec on Feb. 2, 1997, and left with an L around their blue-and-white clad collars, after the Huskies beat Saint Lute and Company, 92-88.

In total, Arizona’s record in Seattle since that magical ’97 campaign is a pedestrian 10-7, thanks to their three-game winning streak, between 2013 and now.

Lorenzo’s return to the Hec

Fast-forward some 359 days from last February’s edition of this hard-fought conference rivalry, which the Wildcats won, 76-68 in Seattle, and not much remains the same.

For the Huskies, it’s a new day—led by former Syracuse University assistant Mike Hopkins, who’s shot life into a seemingly lifeless squad this winter—guiding Washington to an impressive 16-6 record, going 6-3 in conference play.

As for Romar, he’s still going to be on the sidelines come Saturday—only sitting opposite from the bench he manned for 15 years, in his first year as Arizona’s associate head coach.

It’ll be an emotional homecoming for Romar, but ninth-year Coach Sean Miller expects it to be an amicable one for all involved.

“Lorenzo is such an even-keeled person. He’s such a good person,” Miller said in his weekly press conference. "I know he thinks the world of most players at Washington. I know he really hopes they’re going to be successful. I don’t think that someone like him has a biter bone in his body.”

Both Romar and Miller will be hard-pressed to slow down the Huskies’ balanced offensive attack, led by Noah Dickerson, David Crisp and Jaylen Nowell—who scored 21, 12 and 15 points against Arizona State, respectively, in Washington’s 68-64 win on Thursday night.

All three have averaged more than 10 points a game this year, pacing a Huskies’ offense that ranks sixth in the Pac-12 in scoring (75.9), and in field goal percentage (46.5%).

The Huskies lead the conference in several defensive categories, including steals per game (8.7)—a full 1.9 more than the next closest team. They also rank third in turnover margin (behind ASU and USC), forcing 1.9 more turnovers per game than they commit this season.

Miller expects the Huskies, fueled by a sure-fire sellout crowd at the Hec, to throw everything they can at the Wildcats—who are 83rd in the nation in turnovers per game (12.2).

“This is a big home stand for [Washington],” Miller said. “And if you look at their zone defense and talent they have, you know, Mike Hopkins is doing a good job.”

One of the highlights of the year for the Wildcats has been the steady hand of junior guard Allonzo Trier—who’s averaging 19.9 points per game, while shooting a career-high 54.4% from the field this season.

Trier, who scored 24 points and shot a perfect 8-for-8 in the Wildcats’ 100-72 thrashing of Washington State on Wednesday, says his success is the result of his maturity, both on and off the court.

“I understand the game a lot better,” the Seattle native said. “The game’s gotten easier for me and you know, just having a different seat on the bus—really being focused and locked in, understanding what it takes to win, how hard it is to win and the daily process to try to be great.”

Miller isn’t surprised by Trier’s year-long renaissance, commending the guard for his work ethic and dedication to the game.

“It’s his staying after practice, being the first to practice, coming early in the morning, late at night,” Miller said. “I mean, he’s developed the ability to shoot the three-points shot. When we recruited Allonzo, he was more of a streaky shooter and a greater driver, and he was a
scoring player. Now he’s much more rounded. I think he’s a smarter basketball player and way more efficient shooting because of his work.”

Trier said he’s excited to return home to Seattle, where he learned to love the game, and that he’s excited to take the court at Hec Ed at 7:30 p.m. on Saturday (8:30 p.m. local time), for one final clash against the hometown Huskies.

“You know, it’s the furthest trip for us,” Trier said. “But it’s great being able to go back and play basically where basketball started for me. And a lot of friends and people will be there to see me that I don’t get to see very often.”

How to Watch: The Arizona Wildcats and Washington Huskies tip off at 8:30 p.m. local time, with the Pac-12 Network carrying the game. 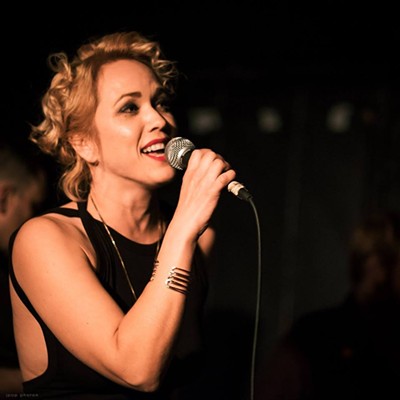 Where To Rock This Weekend

Don't Waste Your Time with 'The Cloverfield Paradox'