Ucribs
College Place, before it was converted to a UAC detention center now called Estrella Del Norte in Tucson.
In a clear sign that the number of unaccompanied minors is again surging at the southwest border, a shelter for these youngsters hosted a job fair last month.

After a drastic and steady decrease in 2016, U.S. Customs and Border Protection reported a 23 percent increase in the number of “unaccompanied alien children” apprehended at the border from October to November of 2017.

Pima County, which shares about 100 miles with Mexico’s border, is home to a Southwest Key Programs facility, providing shelter for children and adolescents often fleeing violence in Central America. It was once an apartment complex called College Place, its leasing office designed like a hotel lobby, welcoming university students to their new home. But, these days a stay here is nothing like going to college.

The shelter is contained by a black iron security fence and concrete block walls. Near the central courtyard, a mural has been painted with kid-friendly colors, striking a garish contrast against the drab stucco that surrounds it.

Last month, 50 applicants showed up to Southwest Key’s Estrella Del Norte job fair in Tucson by 10 a.m. looking for anything from food service to clinical casework positions. Nearly all the job seekers were 25 to 35 years old, and Hispanic, according to a job hopeful who spoke with The Chronicle of Social Change.

Southwest Key is one of a number of private agencies that contract with the federal government to provide housing for unaccompanied minors and families detained at the border or apprehended in the U.S. and awaiting deportation proceedings. Of late, it is on a hiring spree. The agency had more than 200 open positions listed from Arizona to Texas as of December.

“This position is seasonal and is staffed as necessary in response to fluctuating business operations,” reads the agency’s job listing.

As The Chronicle reported in November, the federal Department of Health and Human Services (HHS) is suddenly desperate to find beds for unaccompanied minors. The department’s Office of Refugee Resettlement (ORR), which oversees the so-called Unaccompanied Alien Children (UAC) program, has reached 85 percent capacity among its network of providers, according to a memo obtained by The Chronicle in November.

ORR was already in the process of building its capacity, and its November memo asked providers like Southwest Key to add more beds.

In addition, HHS was seeking a 500-bed emergency shelter in Texas to “operate short-term influx capacity.” HHS, which has ordered its UAC contractors not to speak to the media, refused to comment on whether the shelter had been secured.

First-quarter data from Customs and Border Protection (CBP) confirm that new wave of unaccompanied children is reaching the southwest border.

According to Michelle Mittelstadt, director of communications for Migration Policy Institute and MPI Europe, apprehensions of minors increased by 2 percent between August and September, then 7 percent between September and October. It jumped by 23 percent between October and November, and another 4,083 were apprehended in December for a total of 11,234 unaccompanied children.

This is still only about half as many children as were apprehended during the same time period the previous year.

CBP data show that more children and families are arriving from Guatemala than El Salvador, Honduras or Mexico, and more are entering the country near Rio Grande than anywhere else along the southwestern border.

Something is pushing more kids north, or there are fewer roadblocks preventing them from reaching the U.S. border, but like HHS, CBP also refused to address The Chronicle’s questions about unaccompanied minors and what may be driving the surge.

The plight of unaccompanied children became mainstream news in 2014, when a total of 68,451 minors were apprehended at the border, according to the Department of Homeland Security. In the early days of the UAC program, during the tenure of President George W. Bush, annual apprehension rates stayed under 10,000.

In 2014, HHS was forced to spend hundreds of millions more dollars on beds for minors—a single provider received more than $280 million in federal grants to operate shelters for these children. Many kids were forced to live temporarily on Texas military bases.
More recently, Republicans on the House Judiciary Committee approved a bill that would curtail the flow of unaccompanied minors from Central America. The plan includes two key changes.
The Protection of Children Act of 2017 (H.R. 495) would extend CBP custody from just two days to 30 days, giving the agency more time to determine asylum eligibility.

Of greater consequence is that CBP would also be allowed to immediately return a minor to Central America, which is already in its power when it comes to youth crossing alone from Mexico. The bill does not specify how those returns would be handled but, presumably, it would entail regular flights to Central American countries.

While it had a Senate companion in the previous Congress, the bill lost its lead author when former Alabama Sen. Jeff Sessions (R) left to join the Trump Administration.

John Kelly contributed to this story. 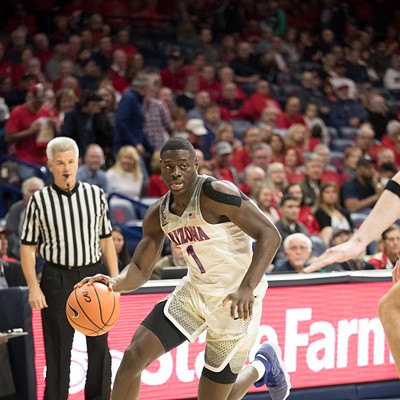 Will Congress Find an Agreement That Protects the DREAMers From Deportation?