Suspect in Jail Murder Case Undermedicated at Time of Murder


A Pima County jail inmate who allegedly killed his cellmate was undermedicated at the time of his cell mate’s death.

Branden Roth was found beaten and strangled to death, locked in a cell with King Yates, who was unharmed, on the morning of April 19.

Yates was awaiting trial for the murder of his wife Cassandra Yates. Roth had recently plead guilty to trafficking in stolen property for stealing a diagnostic tool from BrakeMax, which he pawned for a few hundred dollars.

In December 2015, Yates was found incompetent to stand trial on felony drug charges and was court ordered to take medication to restore him to competency. He was evaluated by Dr. Michael Christiansen, who diagnosed him with “Bipolar I Disorder vs Schizoaffective Disorder with Narcissistic personality traits,” according to court records.

The courts ordered Yates take a daily 700 mg of Seroquel to control psychosis. Christiansen said the medication was “ESSENTIAL in sustaining competency to stand trial. “Essential” was in all caps.

At the time of Roth’s murder, the jail was only giving Yates 225 mg of Seroquel. The jail’s medical records don’t give a reason for the lower dosage, according to court records. The day after Roth’s death, jail staff increased Yates’ medication to 400 mg.

An independent contractor, overseen by the county's behavioral health department, is responsible for deciding inmates’ medication dosages, according to the county's Public Communications Manager, Mark B. Evans

Since this new information came to light, prosecutors have withdrawn their intention to seek the death penalty.

Yates has a history of behavioral health issues. Court documents show that when he allegedly shot his wife, he told a friend, only minutes after the murder, that Cassandra had been trying to kill him. Yates’ public defender in that case told the courts she does not believe he was medicated at the time of the murder.

In 2015, while awaiting trial for felony drug charges, Yates wrote a letter to Judge Teresa Godoy, saying the U.S. government was trying to kill him.

Although Roth and Yates’ crimes vastly differ, such housing arrangements are common due to necessity of space, according to Gwaltney. He also said Cassandra’s murder was not considered when deciding appropriate housing because Yates has not been found guilty. The two men had been housed together for two weeks without incident, he said.

The jail did an internal review following Roth’s death and found their inmate classification system was “consistent with best practices” of other facilities, Gwaltney said. They’re currently in the process of a full audit of the system from an outside accreditation agency.

“It’s not a crystal ball,” Gwaltney said. “We can’t see into what someone is thinking. There is no perfect system.”

Corrections: This story originally said Dr. Michael Christiansen prescribed Yate's medication. But according to the court documents, he only diagnosed Yates and said the medication was critical to maintaining competency to stand trial. The Weekly also reported that Corrections Chief Byron Gwaltney said that the Pima County Health Department is responsible for deciding inmates’ medication dosages, but Gwaltney was incorrect. An independent contractor overseen by the county's behavioral health department makes that decision.

Give Money to a Public School, Get It All Back 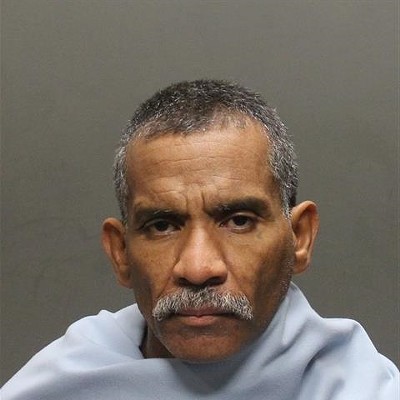