Plastic, paint, chemicals, tires, trash, batteries, appliances, human waste and even some body parts. All of these were incinerated by the US military and private contractors in burn pits during the Iraq and Afghanistan wars. Thousands of soldiers who were exposed to the toxic smoke returned home and found themselves sick with respiratory diseases and rare cancers.

Delay, Deny, Hope You Die, a recently completed documentary about the burn pits and their effects on soldiers, is screening at The Loft Cinema (3233 E. Speedway Blvd.) ,at 7:15 p.m. on Thursday, Oct. 12.

Director/producer Greg Lovett first heard about the story when he read Joseph Hickman’s book, The Burn Pits: The Poisoning of America’s Soldiers, two years ago.

“When I read the book, I was just really disturbed and mad and upset that this is going on, and that nobody is really doing anything about and nobody really knows about it,” he said.

Lovett started the documentary a year later, and it took about a year to complete. The film interviews doctors, lawyers, journalists and sick soldiers, like Sgt. Brian Alvarado, who was exposed to the burn pits as a Marine in in Iraq and now has cancer, hyperthyroidism and a feeding tube that leaves him unable to work.

In a promotional clip of the film, Hickman explains that soldiers were producing at least nine pounds of trash a day in the early days of the way, and the military turned to burn pits to dispose of waste. But a temporary solution became a permanent health hazard when the burn pits remained open despite new options becoming available.

“I think most people don’t understand that this is even happening,” Lovett said. “Maybe with knowledge comes change”

Here’s the thing: in order to make sure the film’s one-night-only screening at the Loft actually happens, the showing needs to sell 74 tickets by Oct. 1. Buy your ticket today here for $10 and click here to view the trailer. 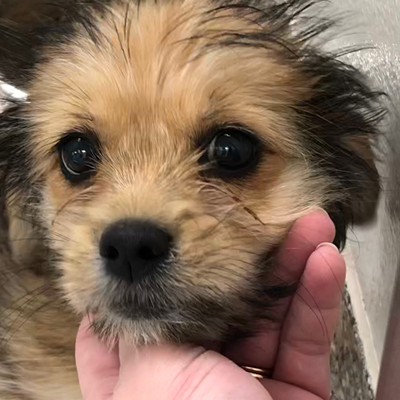