In The Flesh: Black Marble, Body of Light, and Draa at Club Congress


First, Tempe's Draa silenced the room. The poppy openers didn't put people to sleep, instead put them into a dream. People closed eyes and swayed, only slipping back into reality between songs to applaud. The next two acts were minimal two-piece synth outifits. Sun City, Arizona's Body of Light was up next, and the center of the dancefloor fully erupted. It was heavy—if you'd covered your ears it'd could've been a hardcore metal show. It's a group super loyal to 80s-styled synthpop, with no shortage of 'verbed-out vocals and heavy bass—heady vibrations made your heart skip a beat. The tunage brought out eccentrics going apeshit in front of the stage.
New York Black Marble Brooklyn headlined and folks drunkenly perched on the edge of the stage, heads bonging to the duo's warm sonic chill. In fact, Black Marble conjured up that most difficult of live-show juxtapositions, the kind mostly seen at Dead shows of yore: people jamming hard to soft synth. No wonder they signed to Ghostly International.

In The Flesh: Casey Golden, Daycones and Fawn Bones Soothe and Rock the Smoking Area 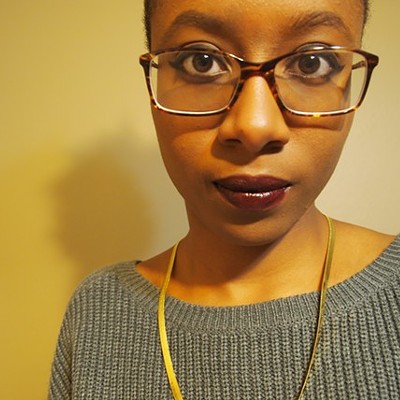